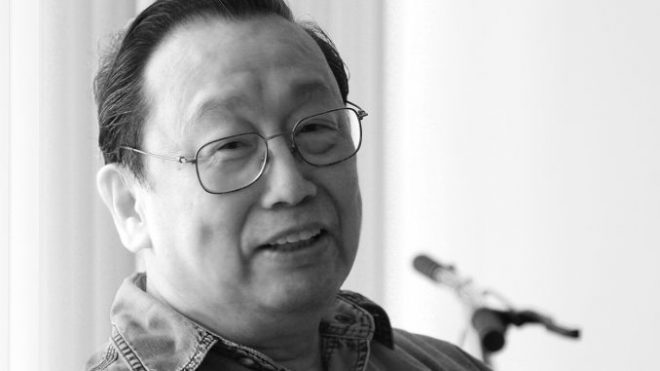 Communist Party of the Philippines founding leader Jose Maria Sison said on Wednesday the resumption of the peace process between the leftist group and the government is for the interest of the public. In a statement Wednesday, Sison thanked President Rodrigo Duterte for deciding to continue  peace negotiations and enabling the Government of the Philippines (GRP) to proceed with the scheduled 4th round of formal talks in April. This, he said is in accordance with the agreement of the government and National Demoratic Front peace panels during the third round of talks in Rome, Italy on January 25. "It is in the people's interest for the GRP and the NDFP to pursue the forging of a peace agreement," Sison, an NDFP political consultant, said. "The peace agreement should uphold the sovereignty and independence of the Filipino people, strengthen democracy for the exploited and oppressed people, create the conditions for economic development through land reform, national industrialization and expansion of social services and benefits, promotion of patriotic and scientific culture and peace and development in a multipolar world," he said, noting that foundations for these can be achieved within Duterte's term. Sison, who was hospitalized, said he is helping in preparations for the fourth round of the formal peace talks as he hopes to participate. "I wish to inform the public that I have been hospitalized for some time but under the care of a team of medical specialists and other health workers.  I am on the way to full recovery," he said. Duterte decided to resume the peace process after he terminated it in early February following the ambuscades launched by the New People's Army against government troopers, six of whom were killed. (Celerina Monte/DMS)