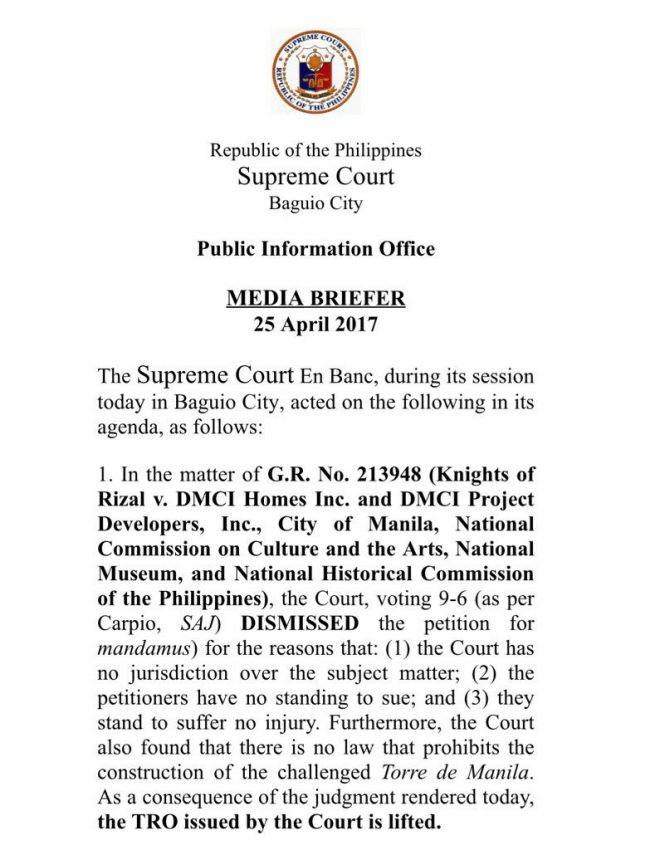 The Supreme Court lifted a two-year temporary restraining order on a construction company which wants to build a 49-storey building near the Rizal Monument in Manila. In a media briefer on Tuesday from Baguio City where the Supreme Court is having its summer session, the High Tribunal voted 9-6 to dismiss the petition filed by the Order of the Knights of Rizal against DMCI Homes Inc and DMCI Project Developers Inc., City of Manila, National Commission on Culture and the Arts, National Museum and National Historical Commission of the Philippines. The High Tribunal said the Court “has no jurisdiction over the subject matter”, “the petitioners have no standing to sue” and “they would suffer no injury.” “The Court also found that there is no law that prohibits the construction of the challenged Torre de Manila. As a consequence of the judgment rendered today, the TRO." DMS