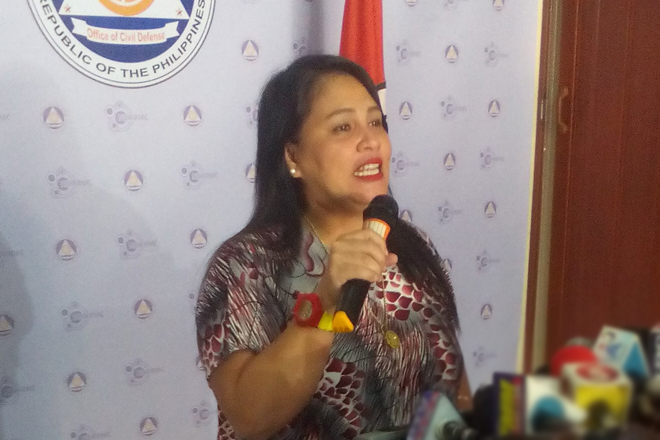 (UPDATE) Eleven persons were reported dead from the onslaught of Typhoon Nina, the National Risk Reducation and Management Council (NDRRMC) said but they have been trying to confirm this.

In a briefing Wednesday, council spokesperson Romina Marasigan said only the death of Gregorio Ruel, a 43 year old who perished while he was hit by a coconut tree as he evacuated his family in Quezon province on December 26, was confirmed.

Four were reported missing, Marasigan added. But this does not include the Coast Guard’s initial report saying 18 are still missing from M/V Starlite Atlantic that sunk in Batangas.

The typhoon’s damage to the farm sector reached an estimated P4.007 billion. Christopher Morales, chief of the agriculture department’s field programs operations planning division, told Agriculture Secretary Emmanuel Pinol in a report this was based on production loss and damage on fisheries infrastructure,

Marasigan said a total of 30,897 houses in Calabarzon, Mimaropa, Regions V, and VIII were reported damaged because of strong winds from Nina, of which 21,225 were partially damaged while 9,672 others were destroyed.

She also noted the provinces of Marinduque and Oriental Mindoro reported a total of P83.46 million worth of damage to infrastructure and river control facilities.

Marasigan said the estimated cost of damage to properties may still increase as the agency is waiting reports from other areas affected by the typhoon.

She said the relief items, family food packs, generator sets, solar lamps is also set to send to the province of Marinduque.

“We expect these rolling cargoes to leave today or tomorrow,” he said.

Marasigan said based on their initial assessment most of the victims in the areas affected by Nina needs materials for shelter construction as a lot of houses were damaged because of the typhoon.

President Rodrigo Duterte, in visit to Camarines Sur Tuesday, said the government will assess how much is needed. “I have my social fund and we will make the assessment of how much we will be extending help.”

Ricardo Jalad, executive director of the NDRMMC, told dzMM in an earlier interview that Camarines Norte and Catanduanes were heavily damaged.

Marasigan said power supply in Marinduque is expected to be restored by December 30 while electricity restoration in the provinces of Batangas, Quezon, Romblon and Sorsogon are ongoing.

Energy department spokesman Wimpy Fuentebella said  it is hoping to restore power in Virac, the capital of Catanduanes, later Wednesday but the entire province would have to wait for two more weeks for power to resume.

The National Grid Corporation of the Philippines said it is also trying to restore power in the remaining lines serving areas of Naga, Albay, Legazpi and Sorsogon. Robina Asido/DMS