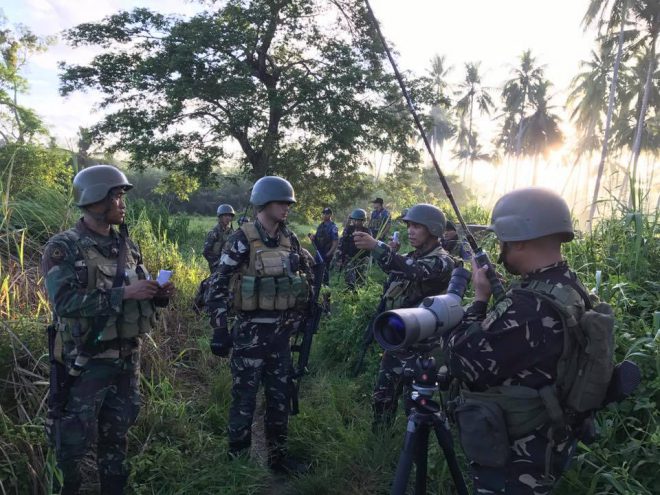 Three alleged drug personalities were killed while seven high powered firearms were recovered in a law enforcement operation in Maguindanao Province on Thursday morning. Lt. Col. Harold Cabunoc, commander of the Army’s 33rd Infantry Battalion, said his troops were supporting a law enforcement operation of Datu Paglas police when they encountered around 15 members of armed group led by Abdulatip Pendaliday alias Grasscutter at the vicinity of Sitio Langag, Brgy, Kabuling, Pandag, Maguindanao around 5:30 am. “We were approaching in their hideout when they rained bullets on my troops, triggering a heavy exchange of fire,” he said. Cabunoc identified the fatalities as Samir Pendaliday, Nastudin Saligan, and Rakim Pendaliday, residents of Lipao village, Datu Paglas town. He said Samir is the son of Abdulatip, the group leader who has an existing warrant of arrest for drug trafficking. The fire fight that lasted for about an hours also resulted to the recovery of seven high powered firearms including three M16 rifles, three M203 grenade launchers, and one M79 grenade launcher. He said .34 grams of shabu worth 170,000.00  pesos was also confiscated during the operation. (Robina Asido/DMS)