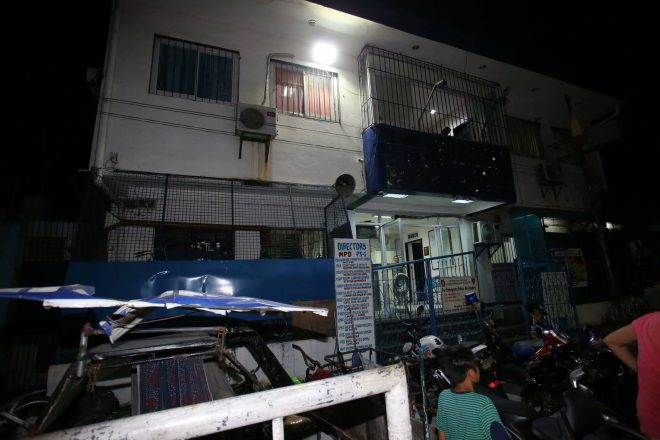 National Capital Region Police Regional Director Oscar Albayalde on Friday ordered the relief of the head of Manila Police District Station 1 and 12 others following the existence of an alleged secret jail in a police station in Tondo. “In light of the inspection conducted (by the Commission on Human Rights) I ordered the administrative relief of the Station 1 Commander Supt (Robert) Domingo and the Station Drug Enforcement Unit,” Albayalde said in a statement. “Additionally, I directed Senior Supt Romeo Sta Ana Jr. of the Regional Internal Affairs Service to conduct investigation. We will wait for his recommendation,” Albayalde added. “This is an eye opener for all of us to revisit the need for better cell detention and improvement of our jail facilities,” Albayalde noted. Albayalde ordered their relief after the CHR, acting on a tip, and police, discovered a detention area at Station 1 where around 80 were being kept. News footage showed Albayalde went to Station 1 where he saw the cell, which was hidden by a cabinet inside the office. The footage showed a small cell, with an overhead fan, littered with some plastic water bottles. “We express our gratitude to the CHR for taking time to inspect the detention cells of our stations so that they're able to see the real condition of these facilities. We must recognize that this problem is not just in one police station but almost in all our stations region wide,” he said. “Since my first day in office as Regional Director of NCRPO we tapped the services of the former member of the Chairman Wilhelm Soriano to reorient and conduct talks with our police regarding human rights,” Albayalde added. Chito Gascon, CHR chairman, said in a text message to the Daily Manila Shimbun: “On its face, this practice is prohibited”, referring to the detention cell. The head of the Philippine National Police Internal Affairs Service (IAS)  said the officers involved in this case could be held administratively liable. "Grave misconduct or serious irregularity because a secret detention is abhorred by no less than the Constitution," IAS Inspector General Alfegar Triambulo said in a text message. Alfegar said he went to the Tondo police station to conduct their probe. In their initial investigation, Triambulo said eight men and two women were placed in the cell. They were listed as arrested based on a police blotter around 11:52 pm and 11:54 pm. last April 20. They violated Republic Act 9165 or the Comprehensive Dangerous Drugs Act of 2002. A TV news report said the 10 underwent inquest at the Manila City Hall Friday morning Albayalde said the NCRPO will not tolerate any illegal actions and human rights violation of its policemen. “Rest assured that we have in mind the best interest of the community and we will not tolerate any illegal act committed by our policemen,” he said. (Robina Asido/DMS)