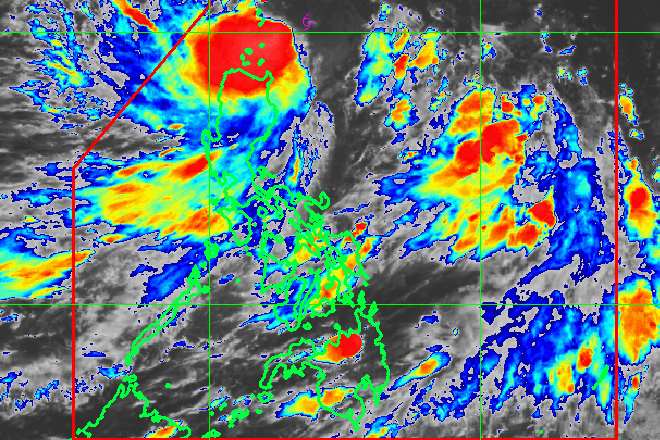 As of 5pm, forecaster Nikos Penaranda said Isang was spotted at 170 km east of Basco, Batanes with maximum winds of 80 kph and gusts of 97 kph. It is forecast to move at west northwest at 15 kph.

Moderate to occasionally heavy rains are expected over Norther Luzon due to the passage of Isang that may trigger flashfloods and landslides.

The tropical storm will continue to enhance the southwest monsoon which may bring light to moderate and occasionally heavy rains over Metro Manila, Ilocos provinces, Central Luzon, CALABARZON, MIMAROPA and the Visayas region until Wednesday.

"Expect rainy weather especially tomorrow. So far as what we see on our projection, heavy rains will be experienced by afternoon," he added.

The weather bureau said they will release an advisory early Tuesday morning to help the local government units and school managements decide if they need to cancel their school and work operation.

"We will release an advisory by 4 am if needed because of continuous rain," Penaranda said.

Isang is expected to leave the Philippine area of responsibility by Tuesday afternoon.

"Because of its fast track, by 2 pm tomorrow, the typhoon will exit the Philippine area of responsibility," he said. Ella Dionisio/DMS