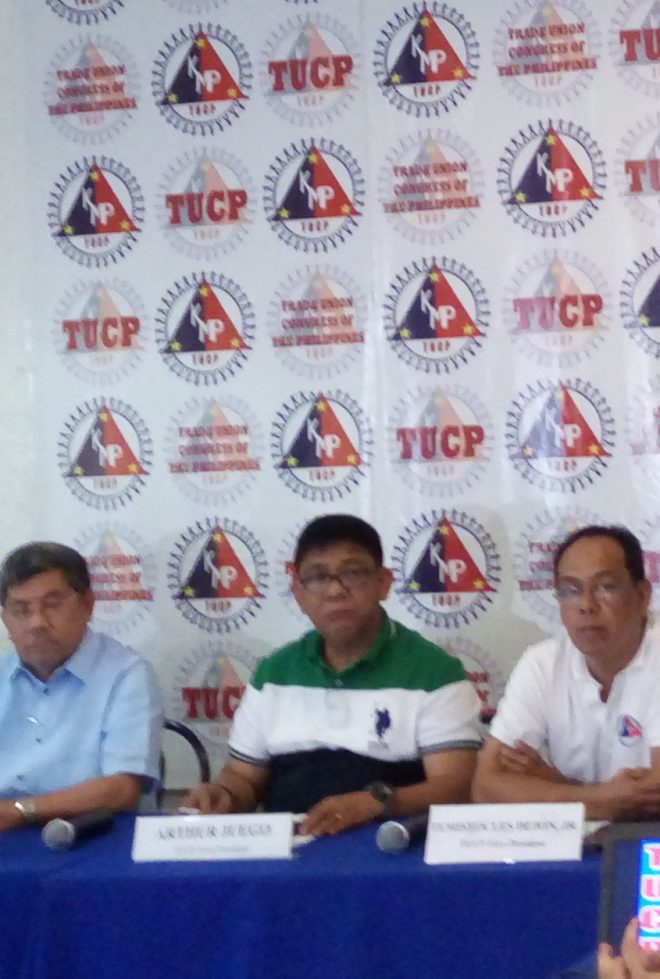 The Trade Union Congress of the Philippines voiced out their deep disapproval of a labor department order that regulates contractualization in a pre-Labor Day press conference on Friday. The department order 174 took effect last April 3 after Labor Secretary Silvestre Bello III  signed it on March 17, 2017. Arthur Juego, TUCP vice president, said the order will only preserve contractualization through the continuous operations of agencies, contractors, subcontractors, and service cooperatives. Juego said TUCP is appealing to President Rodrigo Duterte to issue an executive order to prohibit all forms of contractualization and certify it as an urgent administration measure. Arnel Dolendo, TUCP general secretary, stated in a statement that department order 174 is not new. “It uses the same policy framework which aims to regulate, instead of prohibiting contracting and subcontracting”, he said. According to Bong Palad of Philippine Airlines Employees Association, the order is not in line with Duterte's order to end contractualization. He said the new department order only recognizes contractual jobs through agencies. Luis Manuel Corral, vice president of TUCP, said the Department of Labor and Employment should have identified the jobs that are regular in nature and jobs that are considered contractual. “DOLE failed to manage the issue of regularization, they took the easy way out of saying they cannot prohibit it, they failed to inform the president, they failed to get the issues properly and to manage the issue so that there could have been a workable arrangement" Corral said. (Alanna Ambi/DMS)