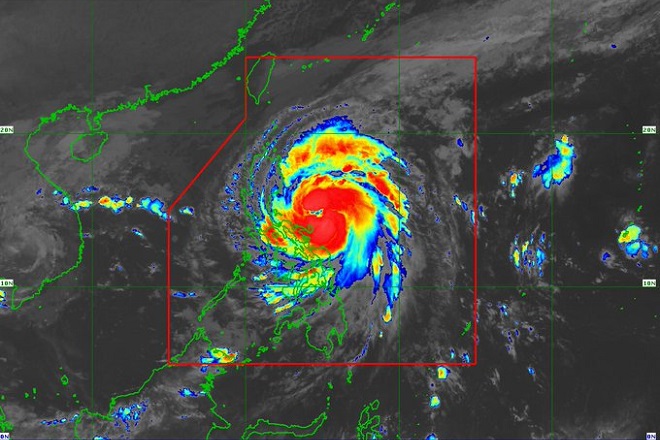 ''Ulysses'' is close to becoming a typhoon as it moves towards the Bicol region, the Philippine Atmospheric Geophysical and Astronomical Services Administration (Pagasa) said in its 8 am bulletin Wednesday.

With winds of up to 110 kph and gusts of up to 135 kph, Severe Tropical Storm ''Ulysses'' was 135 kilometers north-northeast of Virac, Catanduanes as of 7 am, Pagasa said.

''Ulysses'' is forecast to ''pass over the seas north of Catanduanes between Wednesday morning and afternoon and north of Camarines Provinces between this afternoon or evening,'' said Pagasa.

Between Wednesday morning and late afternoon, heavy to intense with at times torrential rains are  expected over Camarines Norte, Camarines Sur, and Catanduanes, added Pagasa.

''Ulysses'' landfall is expected over Polillo Islands and mainland Quezon between Sunday night and Thursday early morning, it added.

Tropical Cyclone Warning Signal Number Two has been raised over a wide area, from Cagayan Valley region to Metro Manila and Bicol.