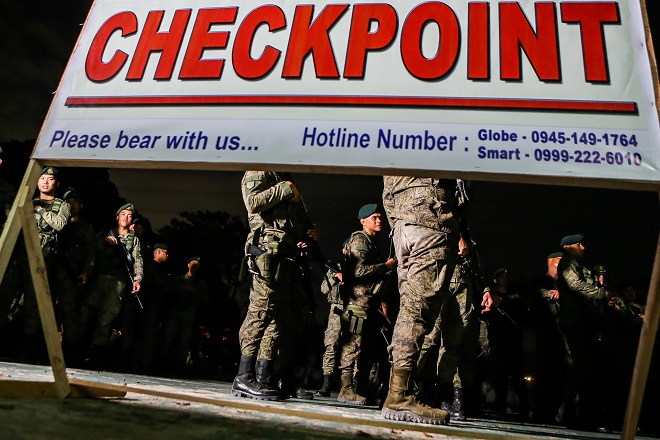 The World Health Organization does not see the need for Metro Manila to return to stricter quarantine measure.

In the "Laging Handa" press briefing, WHO Representative in the Philippines Rabindra Abeyasinghe acknowledged that the coronavirus pandemic does not impact only health but the economy as well.

"We don't believe that the situation in the metro requires a reversal. We recognize the impact of this outbreak not only in health but also on the economy," he said when asked if Metro Manila should return to modified enhanced community quarantine amid the rising number of COVID-19 cases.

Currently, Metro Manila is under the general community quarantine. President Rodrigo Duterte is set to announce the new quarantine classification in various parts of the country on Tuesday night.

Abeyasinghe said the rising COVID-19 cases in the National Capital Region could be addressed through the localized lockdown, which is being implemented now by the local government units.

"And with IAT (Inter-Agency Task Force for the Management of Emerging Infectious Diseases) recommendations there is provision for localized lockdowns. And where we are seeing an upsurge of cases within the NCR in some localized cities or barangays, there is a need to make use of those provisions to suppress further transmission," he said.

Abeyasinghe, however, expressed concern over the increasing transmission rates in some localities where the test positivity rate is increasing compared to the national level rate.

"This is worrying. And you're aware that we are seeing such places within NCR and in Cebu City and also emerging hot spots in Region VIII in Leyte, Samar," he said.

He also raised concern that the number of COVID-19 cases is largely in the younger population of about 20 to 40 years old.

"But eventually, this is going to spill over to our elderly and vulnerable groups. And when and if that happens, we may see an increase in the mortality rate," he said.

He also said that the Philippines' response should further be improved to contain the spread of the virus.

"Now unfortunately, this aspect of the Philippine response needs a little more strengthening. There is improvement in the last month but it’s not keeping pace with the phase of the expansion of the testing capacity," the WHO official said.

While the Department of Health has come up with good guidelines on how to manage the positive case, including the manner of quarantine, he noted that the implementation at the local levels in different areas in the county is different.

"So while we see poor compliance with the guideline, we’re seeing numbers of cases increasing, and this is actually becoming a worrying situation," he stressed.

As to earlier report that the WHO considered the Philippines leading in the rise of COVID-19 cases in the Western Pacific Region, Abeyasinghe said the WHO did not make such a comment or an assessment.

He said the WHO has a dashboard with the number of cases of the different countries and it was a journalist who interpreted the data.

"So, it is unfair to say that the WHO made that comment or assessment - we did not," he added. Celerina Monte/DMS