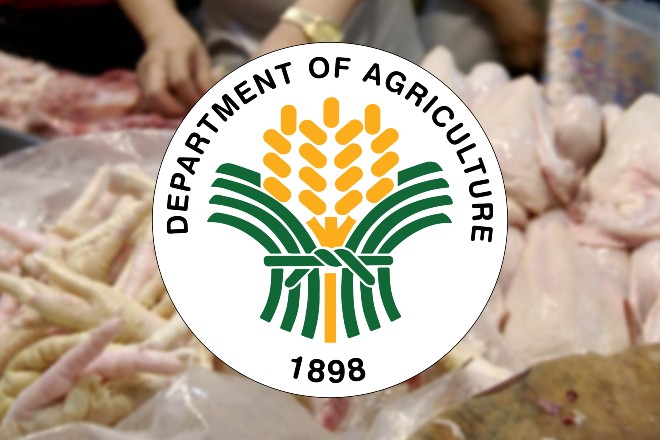 The World Organization for Animal Health declared the Philippines free from bird flu, the Department of Agriculture through the Bureau of Animal Industry (BAI) announced on Tuesday.

The Department of Agriculture said  the Philippines was declared free of the last remaining A(H5N6) strain of the avian influenza on January 8, 2021.

"The country was able to resolve the outbreaks of AI A(H5N6) in a commercial layer poultry farm in Pampanga, and backyard poultry farms in a village in Rizal, in less than a year after the poultry virus reemerged in the country," the DA said.

Agriculture Secretary William Dar welcomes the development considering that poultry meat is a very common protein source among Filipinos, like pork and beef.

“I congratulate the DA-BAI and the local governments of Pampanga and Rizal, whose swift action resulted in limiting the further spread of the AI A(H5N6) strain to other areas,” said Dar.

In its report to the World Organization for Animal Health, the BAI said during monitoring and surveillance, the affected farms showed no presence of the AI virus.

"We had not detected any case of AI A(H5N6) among the poultry and other bird population in the last 90 days after the completion of cleaning and disinfection in the affected farms, surveillance and monitoring, and completion of the 35-day restocking period with sentinel animals in Pampanga and Rizal," BAI head Ronnie Domingo said.

The DA said the "recurrence of A(H5N6) was confirmed by the  BAI Animal Disease Diagnosis and Reference Laboratory on July 10, 2020, after the owner of the commercial layer farm notified the Pampanga provincial veterinary office about the sudden drop in egg production, cyanosis (dark bluish or purplish coloration of the skin and mucous membranes in chickens), and mortalities."

"Another case was detected in Rizal, as reported by a farmer on August 26, 2020, to the municipal veterinary office of Taytay. The backyard farm had approximately 500 head of free-range chicken and 300 head of Muscovy ducks. The clinical signs such as wry neck or torticollis, cyanosis of extremities and death were observed since August 10, 2020," it added.

The BAI also recognized the swift action of the farm owners, sanitary control and containment operations that prevent the further spread of the virus.

"We appreciate the rapid response and collaboration of the local government units of Pampanga and Rizal and DA Regional Field Offices III and IV-A," the BAI stated.

It can be recalled that the Philippines also resolved the bird flu outbreak cases in 2017 and in 2018.

Despite the declaration, the  BAI, still reminds poultry farmers and industry stakeholders to remain vigilant and report any unusual deaths to their respective farm veterinarians or nearest government veterinary or agriculture office. Robina Asido/DMS