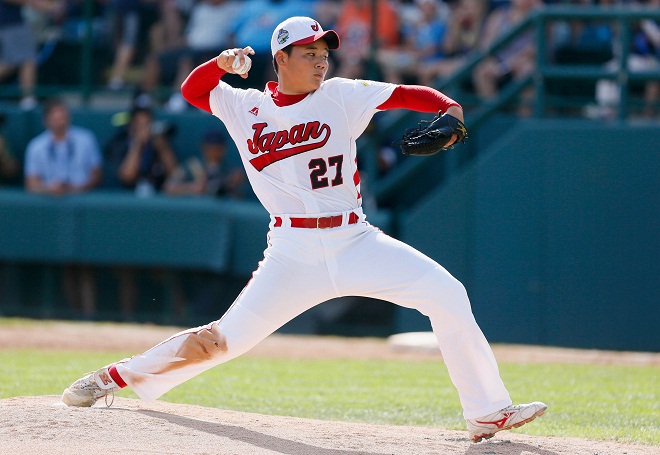 TOKYO- Japanese high school baseball star Kotaro Kiyomiya, who has slugged a total of 111 home runs for his school, expressed his intention on Friday to turn professional.

"I have decided to hand in the papers stating my intention to become a professional" to the Japan High School Baseball Federation, the 18-year-old infielder, who is a senior at Waseda Jitsugyo high school, told a press conference at the school in Tokyo's Kokubunji.

"Through my three years at Waseda Jitsugyo's baseball club, I have reached a certainty that I should take on the next big dream," he added.

The number of home runs Kiyomiya hit during the three years at Waseda Jitsugyo is believed to be the highest on record by a high school baseball player.

Competition to make Kiyomiya the first pick is certain at this year's professional baseball draft on Oct. 26 as most of the 12 professional clubs in Japan have listed the left-handed batter as a candidate for their top choice.

Great attention had been paid to whether the high school baseball star will go professional or advance to a university after his graduation next spring. Jiji Press