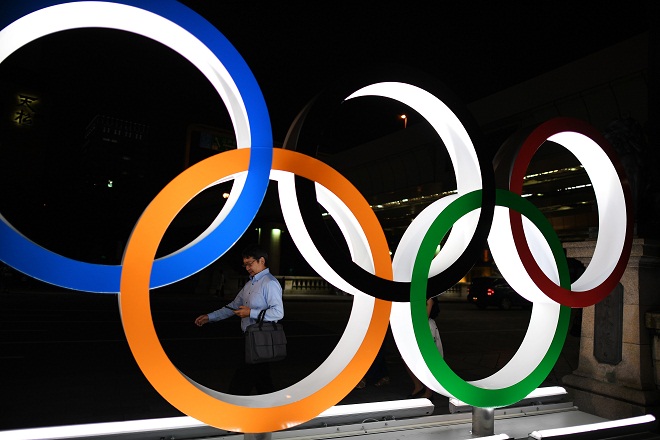 Hokkaido, Sapporo not to bear costs for 2020 Games marathon

Sapporo, Nov. 8 (Jiji Press)--The organizing committee of the 2020 Tokyo Games agreed on Friday with the city of Sapporo and the prefecture of Hokkaido that the two local governments will not shoulder costs related to the Olympic marathon and race walk events set to be held in the northern Japan city.

The agreement was made at a three-way meeting in Sapporo, capital of Hokkaido.

The three confirmed that the local governments will not bear the financial burden in principle, but will cover costs related to road repairs and other administrative work.

The venues of the Olympic marathon and race walk events were moved from Tokyo to Sapporo by the International Olympic Committee, in order to avoid scorching summer heat in the Japanese capital.

The Tokyo metropolitan government accepted the IOC's venue change plan on condition that it does not shoulder expenses related to the venue change.

The municipal government of Sapporo was therefore wary that the city would be asked to shoulder the costs.

At a meeting with Sapporo Mayor Katsuhiro Akimoto on Thursday, Yoshiro Mori, chairman of the Tokyo Games organizing committee, showed understanding toward the local government's feelings.

Toshiro Muto, director-general of the organizing committee, who attended the Friday meeting, told reporters, "We will not trouble Hokkaido or Sapporo for costs that Tokyo initially planned to bear."

The routes of the Olympic marathon and race walk events will be based on those of the Hokkaido Marathon.

On Friday, Muto visited Odori Park, which is the start and finish points of the Hokkaido Marathon, Sapporo Dome and Maruyama sports ground.

Muto said the committee will decide on the venue for the start and finish lines of the Olympic races by early December, when an IOC board meeting will be held.

Referring to a comment by Mori on Thursday that he hopes to move up the date of the men's marathon, currently set for Aug. 9, the last day of the quadrennial games, Muto said that the IOC is asking whether it is still possible to stick to the initial plan.

"There is still a chance that the marathon will be held on Aug. 9," Muto said.

In Sapporo on Thursday, Mori held separate talks with Hokkaido Governor Naomichi Suzuki and Akimoto over the venue change.

On the planned date change for the men's marathon, Mori explained that there will not be time for runners to have doping tests after the marathon as the event is followed by the closing ceremony in Tokyo. Jiji Press