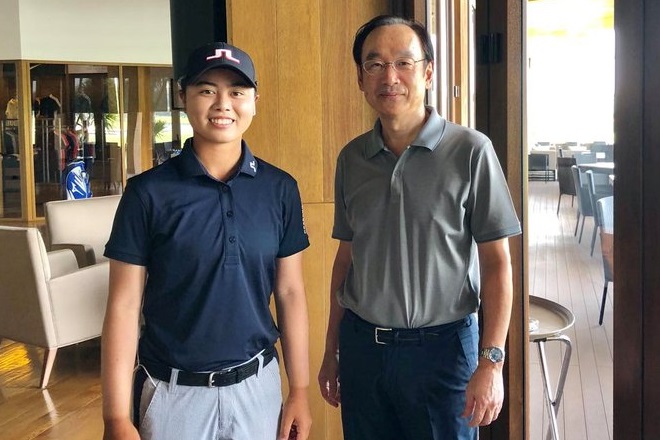 Saso overcame rains to capture the Nitori Ladies Golf Championship with a final round 71 for a four-day total of 275, two over Sakura Koiwai.

This was a resounding followup to the 19-year-old's four-shot triumph at NEC Karuizawa in Nagano two weeks ago. She became the first Japan LPGA rookie to win consecutive titles.

With two victories, Saso is one of the golfers to watch in the Japan LPGA Championship set September 10-13 in Okayama. DMS