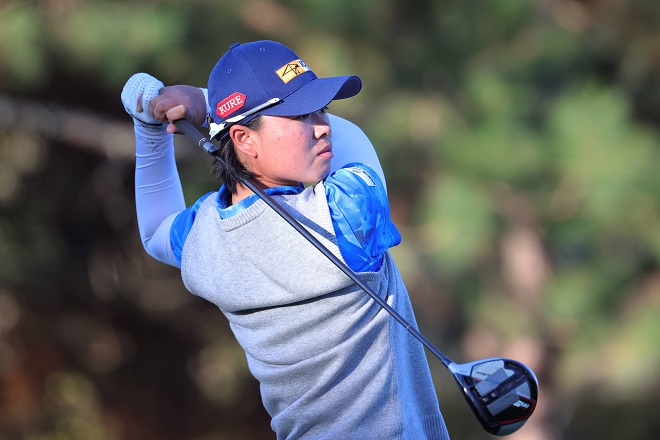 Yuka Saso of the Philippines led after the first nine holes of the US Women's Open golf championship but collapsed with two bogeys to tie from fifth to 11th places after the first round at the Champions Golf Club in Houston, Texas Thursday.

The 19-year-old Saso, who won two events in the Japan circuit as a rookie this year, finished with a 69, two shots behind the leader, Amy Olson of the United States. Hinako Shibuno of Japan, A Lim Lim of South Korea and Moriya Jutanugarn of Thailand trailed Olson by one shot.

Saso, who bogeyed the 11th and 18th holes, told usga.org it is different playing in the US compared to the Japan circuit.

“It's really different,” said Saso of playing a major in the U.S. “The golf courses are tough. It's long. Greens are firm. I have to use driver off the tee, but JLPGA sometimes I have to use shorter clubs. So yeah, I think that's the big difference.”

The first round was held at the Cypress course. The Jackrabbit course, which usga.org describes as ''tighter with smaller greens''  will be used for the second round. DMS