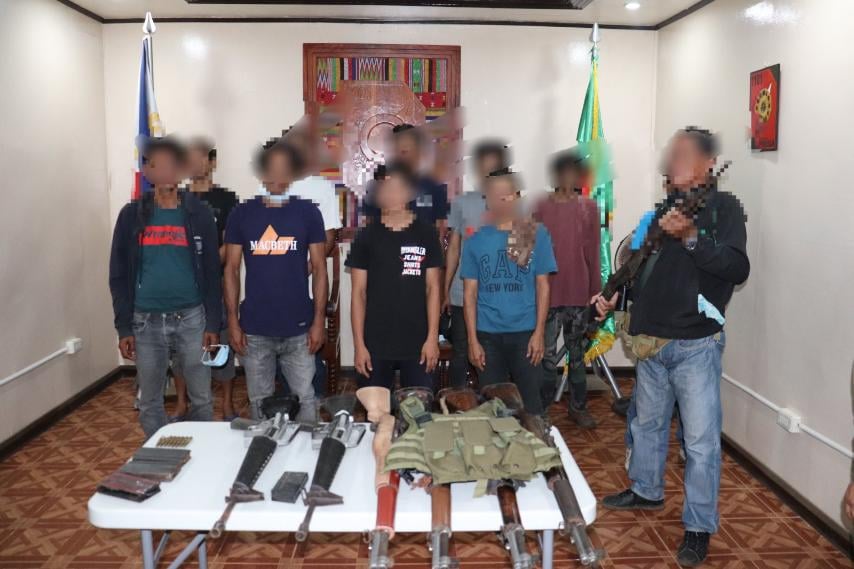 They have brought with them their seven assorted high powered firearms primarily composed of M16 Armalite and M1 Garand rifles, he added.

Major General William Gonzales, head of the 11th Infantry Division, said: ''the returnees will be undergoing the Social Integration Program managed by the LGU and JTF Sulu.

"They have undertaken their physical and medical examination at Camp Bautista Station Hospital today and will go through a profiling process for the next few days prior to the administration of psychosocial interventions,” said Gonzales.

Bautista said the returnees will be enrolled in livelihood training to be conducted with TESDA and the Ministry of Basic, Higher, and Technical Education at the Bangsamoro Autonomous Region in Muslim Mindanao.

“The local government units play a vital role in this reformation process; together with the municipal mayors, the 1101st Brigade will facilitate the integration to the mainstream society of these returnees," he said.

Mateo recalled that last October 8, the Ministry of Social Services and Development (MSSD), BARMM distributed financial assistance in the amount of P15, 0000 to 144 Abu Sayyaf returnees of Sulu for livelihood purposes.

"From calendar year 2017 to date, a total of 344 Abu Sayyaf surrendered to AFP, PNP, and LGU Sulu.  Two hundred and seventeen had availed of the livelihood assistance and 127 are yet to be enrolled in BARMM’s program," he said.

Gonzales said "the process will still be the same; I will submit the names of these 11 returnees to Western Mindanao Command for them to avail the livelihood program extended by MSSD after finishing their skills training." Robina Asido/DMS