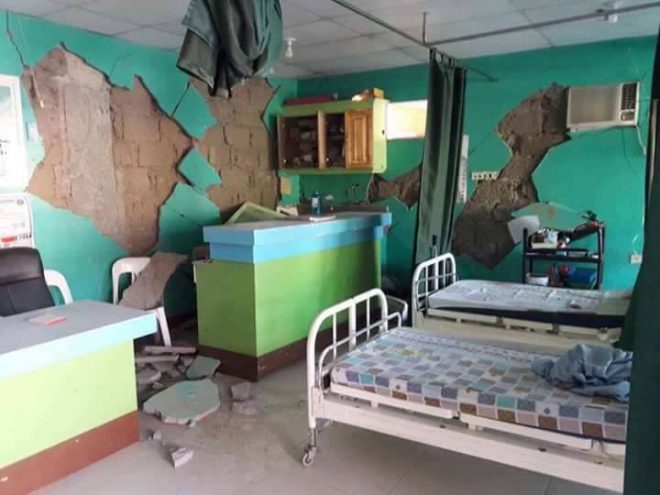 Five persons were reported to have minor injuries while some residents chose to camp out in open fields in some villages in Mabini town, the epicenter of a magnitude 6 earthquake on Saturday, its mayor said. Noel Luistro told the Daily Manila Shimbun in a phone interview that one of the injured hurt his foot while running when the earthquake hit. Luistro said around 2,000 residents in some villages also decided to stay in the town plaza, church patio, and open spaces. “Red Cross sent relief goods, water and tents,” said Luistro. Luistro said damage caused by the earthquake in Mabini’s 34 town is being assessed.  Celerina Monte/DMS