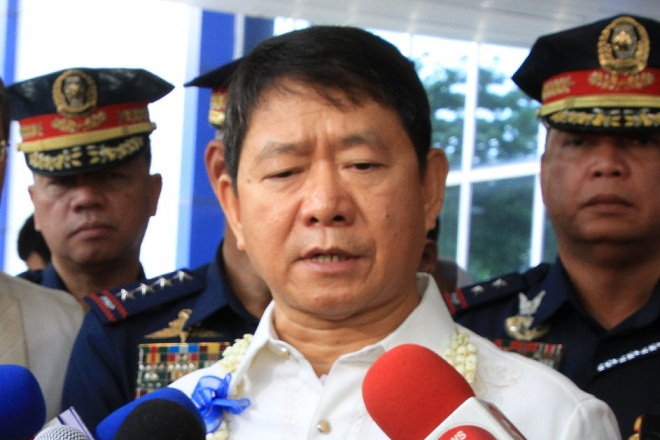 Interior and Local Government Secretary Eduardo Año ordered the policemen involved in the alleged shootout with four Army soldiers, two of them officers, in Jolo Monday disarmed and placed under custody of the provincial director.

The four were shot dead near the Jolo Central Fire Station. Police claim it was in self-defense while the Army says otherwise.

''This is a very unfortunate incident that should have not happened. The AFP and PNP have been working closely in the fight against the terrorists,'' said Año, a former chief of staff of the Armed Forces of the Philippines.

''I want to know what really happened. No stone must be left unturned,'' added Año.