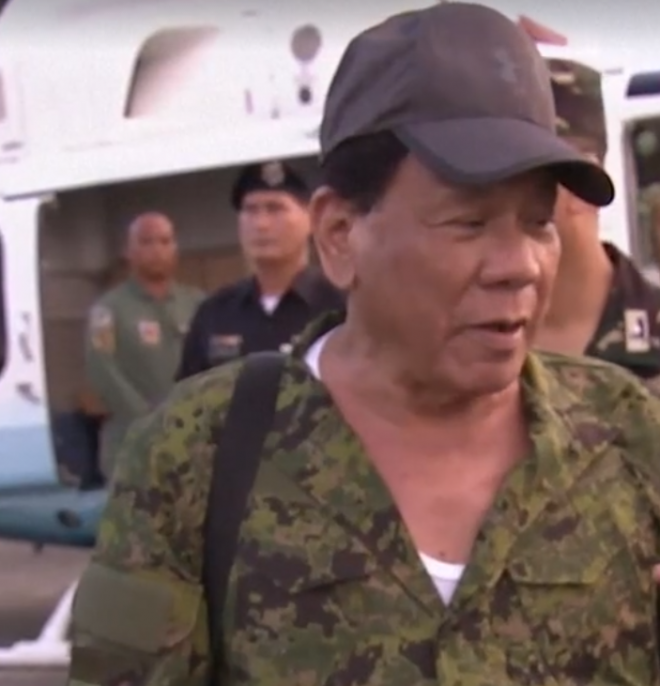 President Rodrigo Duterte was supposed to visit the government forces in Marawi City on Friday, but bad weather once more prevented him from going. The Presidential Communications Operations Office (PCOO) released Duterte's photos with caption that Duterte went to see the soldiers of the 2nd Mechanized Infantry Brigade, Light Armor Division of the Philippine Army in Barangay Maria Christina, Iligan City. "During the unannounced visit, he assured the troops of the government’s unwavering support," PCOO said. It added that Duterte was supposed to go to Marawi City next, "but decided not to push through because of inclement weather." This was his third attempt to go to Marawi since he declared martial law in the whole of Mindanao on May 23 due to rebellion and invasion in the city by the Islamic State-inspired Maute Terror Group. The first attempt was halted due to bad weather also, while the second one was due to security risks. Celerina Monte/DMS