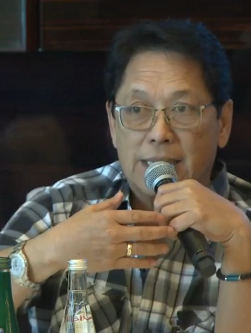 The Philippines is thinking of not sending household workers to Kuwait after the execution of a Filipina last January, Labor Secretary Silvestre Bello III said Friday. "As an aftermath of that, I talked to our senior officials in the department that we will consider seriously banning or maybe just to minimize deployment of overseas workers in Kuwait. It is basically our household service workers (HSW)," Bello said in a briefing in Bahrain. Bello is with the delegation of President Rodrigo Duterte, who is on the second leg of his three-country visit in the Middle East. Pawa was accused of killing her employer's 22-year-old daughter in May 2007. The Department of Foreign Affairs (DFA) tried to negotiate with the family of Pawa's supposed victim, seeking to convince them to accept blood money as compensation. The victim's family refused. Bello said the total deployment ban is being discussed to avoid any repercussions in the diplomatic affairs between the Philippines and Kuwait. Bello said the government is concerned many household workers have been reportedly maltreated by Kuwaiti employers. The ban should be " well-timed" so the Kuwaiti government will not think of it as  "retaliatory act"," Bello explained. Bello said he is also working  to defer the death sentence to another overseas Filipino worker in Abu Dhabi, and another one in Kuwait. Bello said it appears there is a good development in the case of Jennifer Dalquez in Abu Dhabi. He visited Dalquez a month in that country. In Kuwait,  Bello said he is negotiating to spare the life of a Filipino in death row. He said he spoke to the widow of the worker and she has agreed to forgive the worker, Elpidio Lano. Bello said Lano killed an engineer from Cagayan de Oro. "We are just waiting for the Department of Foreign Affairs to give us the go-signal on the implementation of what we talked about. We have good prospects," Bello added. DMS