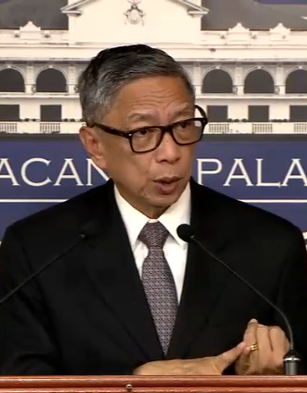 President Rodrigo Duterte is set to receive in Malacanang Brunei Sultan Hassanal Bolkiah and Indonesian President Joko Widodo , who will both undertake state visits in the country when they attend the Southeast Asian leaders' summit next week, an official said on Wednesday. Bolkiah's visit will be on April 27, with Widodo on April 28, said Association of Southeast Asian Nations 2017 National Organizing Council Director General for Operations Marciano Paynor Jr. in a press briefing in Malacanang. The two leaders will participate in the 30th ASEAN Summit and Related Meetings to be held from April 26 to 29 in Manila. Paynor said the agenda of Duterte's separate bilateral meetings with Bolkiah and Widodo could be the same issues he discussed with them when he visited Brunei and Indonesia last year. "This is a return state visit of President Widodo. And I would imagine that security of our sea lanes, cross-border traffic and patrol, agriculture, I think, may be one of the issues that will be discussed with Indonesia," Paynor said. "With Brunei, similar issues that I feel will just be reiterated and perhaps further elucidated," he added. On April 30, Paynor said Duterte and Widodo will also lead the launching of the Davao-General Santos-Bitung roll-on roll-off sea linkage route in Davao City. Paynor said Laos also requested for a meeting with its leader and Duterte at the sidelines of the ASEAN meeting. He said they were still looking for a time. As to the other Southeast Asian leaders, he said there could be “pull-aside.” "You know, when there is a break, they go and then discuss whatever matters they may wish to bring up with President Duterte. But for the most part, these are just pleasantries and, you know, reiteration of cooperation between the two countries and stuff like that," Paynor said. With the hosting of ASEAN meetings next week, Paynor said government security forces were trying to "hardened venues...keeping in mind also the President's directive that we should not hamper or hinder the normal flow of daily activities here in the Metro Manila area." Due to the recent encounter in Bohol province between government troops and the suspected terrorist Abu Sayyaf members, he said, "we are beefing up our security elements." ASEAN-related activities in Bohol also would continue despite the incident where six suspected ASG members were killed, he said. Paynor said all ASEAN leaders as well as the leaders of dialogue partners, including United States President Donald Trump, are expected in the ASEAN Summit and Related Summits in November in the country. "Multilateral meetings of this sort, we usually expect 100 percent attendance. And many of the leaders who do not attend do so because they have internal issues and --- which prevents them from coming. But as of now, President Trump for instance, when President Duterte called him up to congratulate him, had already indicated that he was coming in November," he said. "So at least verbally he said he was coming. I am almost sure that the nine other ASEAN member states will also be coming back in November," he said. The other usual dialogue partners, such as Japan, South Korea, China, Australia and New Zealand, "they have never missed any of these meetings," he said. "So there will be one or two who may not be able to come but this is because of, let’s say, internal issues with their individual countries," he said. (Celerina Monte/DMS)