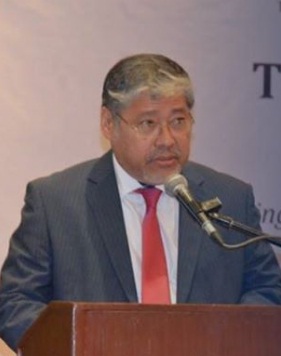 Despite “progress” on COC framework, China still does not want a legally binding code: Manalo

Despite "progress" in crafting a framework on the Code of Conduct in South China Sea, China has maintained its position of "not having a legally binding" code, the country's top diplomat said on Tuesday. In a forum with the foreign press in Manila, Acting Foreign Affairs Secretary Enrique Manalo said from "zero" in January last year, "now, I think we're moving forward" with the COC framework. "We're trying to make as much progress as we can on the Code," Manalo said. The member countries of the Association of Southeast Asian Nations and China have been working on a COC framework. According to Manalo, the discussion on the COC framework is still at the senior officials' level. He said he feels "positive" that ASEAN and China were on track to have a framework by June. Asked if ASEAN and China have agreed to come out with a legally-binding COC, Manalo said as far as the Philippines is concerned, it "continues to support the notion that it should be legally binding." But he added, "I think China still believes, in the position that it shouldn't be legally binding." "But I think frankly from a negotiating point of view, it's a little bit early to raise that issue because we still have to see the Code. We're making movement there with the framework. Now we have some idea of the number of elements. I think the next step is to fill in those particular elements with real more substance," he said. "Our position is, it still the same. We believe it should be legally binding. But of course, we have to negotiate first and see how far we can go. So I think we're going to leave that particular issue, may be not discuss it yet. I don't want to prejudge anything," he added. Celerina Monte/DMS