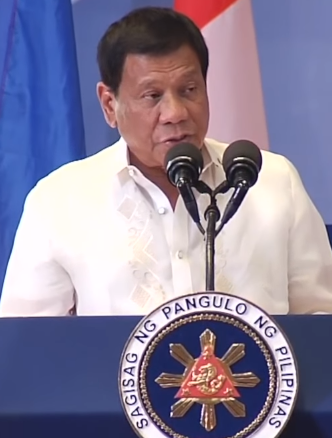 Duterte cites need to cultivate “sense of ownership” in ASEAN

President Rodrigo Duterte underscored on Friday the need to cultivate the "sense of ownership" of the Association of Southeast Asian Nations (ASEAN) story among its citizens in order for the regional bloc to be an effective model of regional integration. In a speech at the 14th Leadership Forum in Manila, Duterte, this year's chairman of the ASEAN, said it is necessary to make the people in the region understand the importance of ASEAN. "It is equally important that we make our peoples understand how important ASEAN is; how its past gains have directly contributed to their well-being; and how the realization of ASEAN’s goal will make their lives better," he said. "Getting our peoples to own the ASEAN story as their story and to see their future in the ASEAN future would be among the focus of our efforts. We need to cultivate their sense of ownership by putting ASEAN in their consciousness, let them feel that they are a part of efforts to achieve common aspirations," Duterte explained. Through this, he said ASEAN could be an "effective model for regional integration." This year, ASEAN is celebrating its 50th anniversary.. "The ASEAN story is remarkable. It’s success in the past 50 years is evident in how the Association has become the driver of regional community building efforts and fulcrum upon which the regional security and architecture balances," Duterte said. Through the years, he noted that ASEAN has demonstrated success in building peace and security, facilitating economic growth, and social development, and engaging the larger world community. The 10 member ASEAN countries include Brunei Darussalam, Cambodia, Indonesia, Laos, Malaysia, Myanmar, Philippines, Singapore, Thailand and Vietnam. (Celerina Monte/DMS)