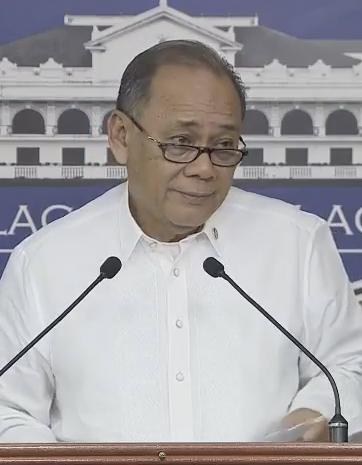 President Rodrigo Duterte is expected to reappoint three Cabinet officials who were bypassed by the Commission on Appointments, a Palace official said on Wednesday. In a statement, Presidential Spokesperson Ernesto Abella said Duterte's "trust and confidence" remain with the Cabinet officials, whose nominations were not acted upon yet by the powerful bicameral commission . The commission bypassed the appointments of Secretaries Gina Lopez of the Department of Environment and Natural Resources, Rafael Mariano of the Department of Agrarian Reform, and Judy Taguiwalo of the Department of Social Welfare and Development. Confirmed was Education Secretary Leonor Briones "The president’s trust and confidence on the cabinet secretaries bypassed remain undiminished," Abella said. "We expect they will be reappointed to continue serving their posts," he added. The Congress will adjourn for a Lenten break without acting on the nominations of the three Cabinet members. The mining industry has been opposing Lopez's appointment due to her order to close 23 mining projects, suspend five others, and cancel the 75 mineral production sharing agreement. The Senate will resume its hearing on Lopez who did not show up on Tuesday. Mariano and Taguiwala are both left-leaning Cabinet officials. (Celerina Monte/DMS)