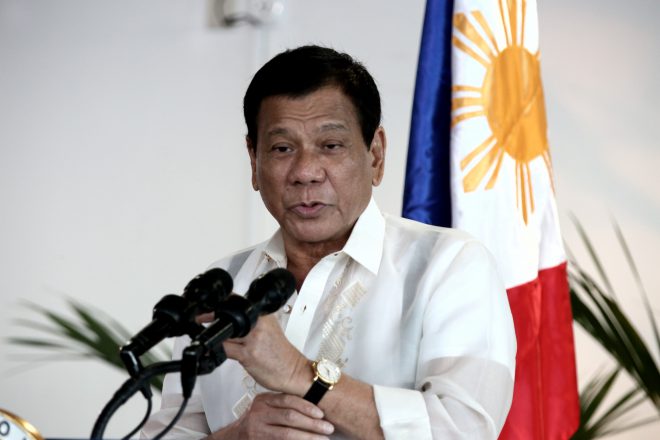 President Rodrigo Duterte notched a “very good” net satisfaction rating of 66 percent for the June quarter, exceeding his May rating of 63 percent, Social Weather Stations (SWS) said Friday. Duterte’s rating coincides with his one-year in office. He assumed the presidency on June 30, 2016. In a statement Friday, Presidential Spokesperson Ernesto Abella, the result “is a clear indication of the growing confidence in the Chief Executive and his performance as the country’s leader.” “The data collection concluded on June 23 to 26, a month after PRRD placed the whole island of Mindanao under martial law, and it shows tacit public support to the President’s action following the rebellion in Marawi,” added Abella. “This positive acknowledgement of the Filipino people further motivates the administration to work for the restoration of normalcy in Marawi and to start its rehabilitation as well as bring a comfortable life for all Filipinos, including Muslim Filipinos,” said Abella. By region, Mindanao obtained the highest satisfaction rating of Duterte despite the ongoing Marawi battle with 75 percent. The second highest region was in the Visayas, 73 percent. National Capitol Region had a 63 percent satisfaction rating while the Balance of Luzon fetched 58 percent. By income class, the survey showed the ABC segment getting 59 percent, but a slight improvement from the May rating of 56 percent Duterte’s support from Class E surged seven percentage points to 67 percent from the previous survey. Class D logged a 66 percent net satisfaction rating, up two percentage points from the last survey. The June Social Weather Survey was conducted from June 23-26, 2017 using face-to-face interviews of 1,200 adults (18 years old and above) nationwide, 300 each in Balance Luzon, Metro Manila, Visayas, and Mindanao (sampling error margins of ±3% for national percentages, and ±6% each for Balance Luzon, Metro Manila, Visayas, and Mindanao). The area estimates were weighted by Philippine Statistics Authority medium-population projections for 2017 to obtain the national estimates. DMS