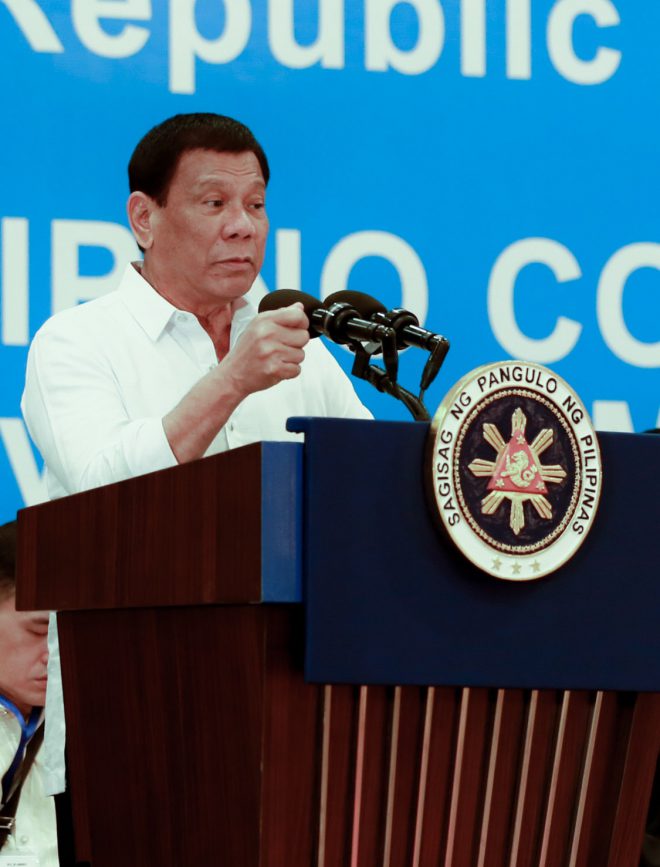 President Rodrigo Duterte has vowed to give full support to the administration of United States President Donald Trump, except on military aspect. "President Trump and I are okay. I can assure him also of our friendship and cooperation. There's no problem. Under the Trump administration, I will give all, whatever it is," Duterte said in a speech Sunday night before the Filipino community in Myanmar where he was on an overnight visit. But, he added, "short of military alliances, I don't like it. We can't give that to them." Duterte said he did not want to create trouble, apparently referring to the possible negative reaction of China. Contrary to the stance of his predecessor, Benigno Aquino III, who considered the US as the Philippines' strong ally, particularly on Manila's dispute with China over the South China Sea, Duterte has decided to take a "softer" stance with Beijing, while distancing from Washington. The president has ordered the Armed Forces of the Philippines to stop joint patrol with the American forces in the South China Sea and to reduce its joint exercises with US. Duterte also refused to discuss with China the July 2016 arbitral ruling in favor of the Philippines, declaring as invalid Beijing's nine-dash line in the South China Sea. But he promised to raise the ruling with China during his term. Duterte decided to distance from the US after former President Barack Obama, during his term, criticized Duterte's bloody war on illegal drugs, even calling the latter "son of a bitch." (Celerina Monte/DMS)