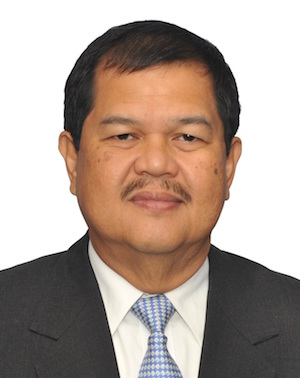 Nestor Espenilla Jr, a 36-year veteran at the Bangko Sentral ng Pilipinas, has been named by President Rodrigo Duterte on Monday as the incoming governor of the Philippine central bank. In a statement, Presidential Spokesperson said Espenilla’s appointment “after months of  waiting”, “is highly welcomed by the market, noting his deep and excellent monetary policy and banking regulatory experience.” Outgoing central bank governor Amado Tetangco Jr., who helped shield the Philippines  from the world financial crisis, is ending his second term of office in July. Earlier, Finance Secretary Carlos Dominguez III said in his Twitter account that Espenilla had been named by Duterte. Duterte also announced the appointment of former military general Roy Cimatu as environment and natural resources secretary. Cimatu, also the country’s special envoy to the Middle East, replaced Gina Lopez, whose confirmation was rejected by the Commission on Appointments. Abella said Espenilla’s work “helped strengthen the country's banking system ad placed it among the healthiest in ASEAN.” “One could say that Espenilla has served as co-pilot of Gov Tetangco as he helped the country navigate to the difficult financial crisis faced by the country and the region,” said Abella. Abella said as deputy governor, espenilla heads the supervision and examination sector which oversees the supervision of banks and other non-bank financial institutions under the jurisdiction of the central bank. Espenilla has been with the BSP since 1981 and has worked in economic research, international operations and in the office of the governor. He was seconded to the IMF in 1990 to 1992. Espenilla earned a BS in business economics, magna cum laude, and an MBA from the University of the Philippines and an MS in policy science from the Graduate Institute of Policy Science (GRIPS) in Tokyo.  (DMS/Celerina Monte)