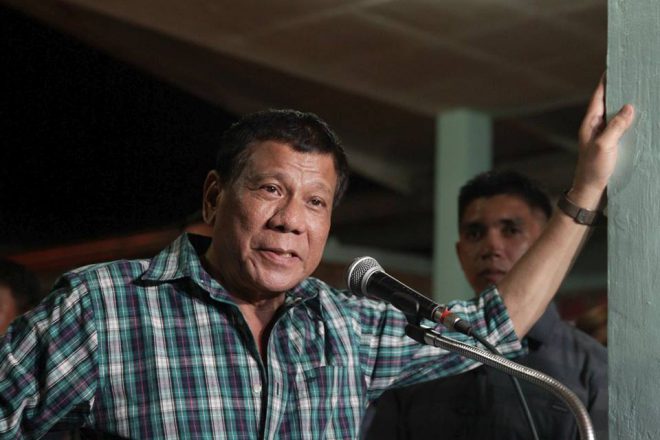 President Rodrigo Duterte said on Friday that he never denied giving orders to kill those allegedly involved in illegal drugs and he is taking full responsibility for the order. Duterte dared the priests and human rights groups critical on his war on drugs to roam around their parishes and tell the people there to stop illegal drugs. "Tomorrow, I can assure you no more killings connected with drugs," he told reporters in Cagayan de Oro City. "But for as long as you continue to destroy my country, I will kill you. I have never denied giving the orders. I take full responsibility, legal or otherwise for that order," Duterte said. But the president said when he made the order to the police and military, he asked them to arrest those involved in illegal drugs. He said there was no need to kill the suspects because their violation is non-bailable. But Duterte reiterated if the suspects resist arrest and put the lives of the arresting personnel in jeopardy,. "I will not allow it." He said he is ready to go to jail. "You know, I answer for my deeds or misdeeds if you may," said Duterte. "I am the president now, the fight against the drug people will continue to the very last day of my term. That would be six years. Another killing for the night, I don't mind," he said. (Celerina Monte/DMS)