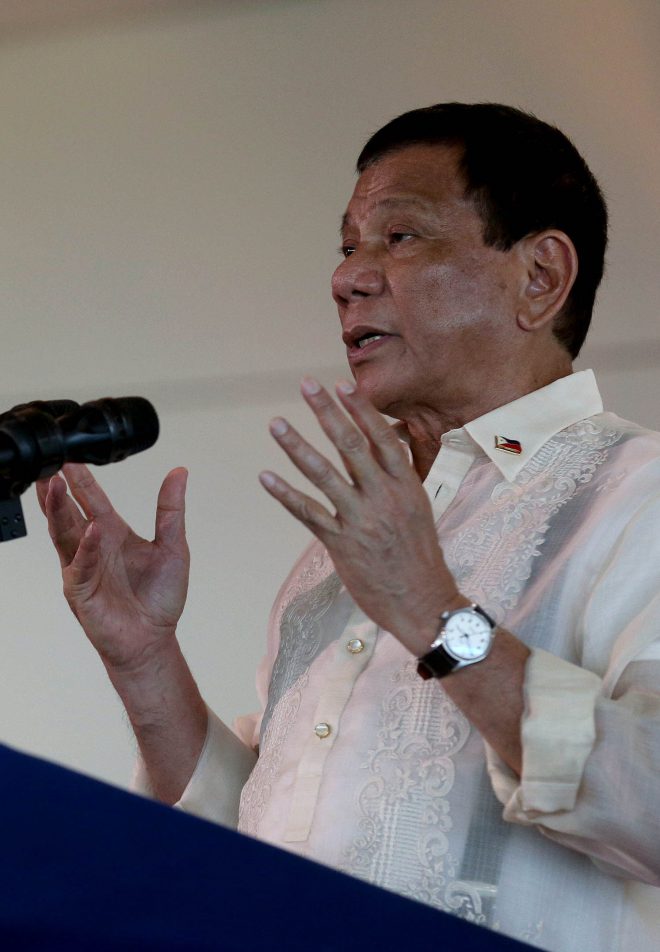 President Rodrigo Duterte assured the earthquake-struck province of Batangas on Monday that the government is on top of the situation and necessary assistance would be  extended to bring the lives of the residents to normal. In his a speech before leaving for the Middle East in Davao City, Duterte said the government was relieved that despite the strong tremors and a number of aftershocks, there was no reported death. "Our people in Batangas are still reeling from the damage brought by the recent earthquake with reported incidents of collapsed walls of residential houses and buildings and of landslides. We are however relieved that no deaths have been reported despite the reported number of aftershocks," he said. Duterte thanked concerned government agencies for immediately responding to the needs of the affected residents, such as providing relief goods and clearing landslides along roads. "We are thankful to these national and local agencies for ensuring that the effects of the disaster are mitigated," he said. While the assessment of damages by the provincial government still continues, Duterte said, "I have directed the national agencies to accelerate the delivery of services and hasten the rehabilitation of the affected public infrastructure and utilities." "Rest assured, our government is on top of the situation. I have personally ordered that relief operations be undertaken immediately to restore normalcy in the affected areas as soon as possible," he said. With the earthquakes, he urged the Filipinos to be prepared for disasters. In the municipality of Mabini, Batangas alone, the local government has initially estimated the cost of damage to infrastructure at P80 million. It has declared a state of calamity in the area. Magnitude 5.9 and 6.0 earthquakes hit Mabini on April 8. (Celerina Monte/DMS)