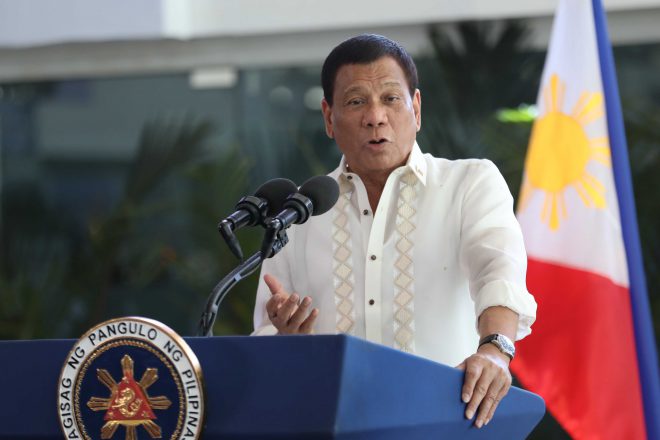 President Rodrigo Duterte has ordered newly-installed Department of Environment and Natural Resources Secretary Roy Cimatu to protect the environment, but not to disregard the mining law. "All that I ask of you is just to be true to yourself, to be true to your country and protect the environment. But remember there is a mining law and we cannot all together banish it,” Duterte recalled telling Cimatu when he swore him into office on Monday. He said he could not just erase the mining law in the Philippine statute books. "We want stricter measures. But there's the mining law. So what can we do? The law itself allows it. And if you disregard it, that will be an impeachable offense," he added. Duterte named Cimatu, his "friend," as Regina Lopez's successor on Monday. The Commission on Appointments rejected Lopez's nomination following her orders against mining companies, such as closure of 23 mining projects, suspension of five others, and cancellation of 75 mineral production sharing agreements. Asked if he would appoint Lopez to another government post, Duterte said, "none at this time." (Celerina Monte/DMS)