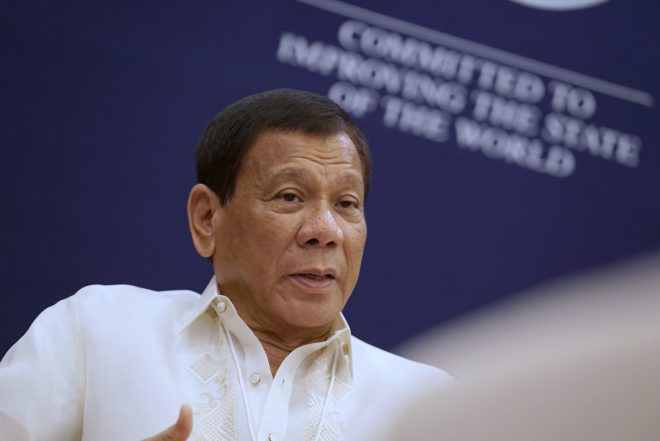 President Rodrigo Duterte's wealth grew by P3.4 million to P27.4 million in six months after he assumed the presidency in June last year. According to his statement of assets, liabilities and net worth (SALN) from the Office of the Ombudsman as of Dec. 31, 2016 Duterte's total assets amounted to P28,428,862.44 and a liability of P1 million, his personal loan to a certain Samuel Uy. This brought the president's net worth to P27,428,862.44 in December compared to P24,080,094.04 as of June 30, 2016. Under the law, a newly assumed government official, whether elected or appointed, has to file his "entry" SALN. The president registered an increase on his assets on cash on hand/bank from P15,305,094.04 in June to P18,453,862.44 in December. Duterte's cash on hand and at bank was part of his declared personal properties worth P 23,943,862.44. His other personal properties  include 1978 Volks Sedan (P40,000), 1996 Toyota Rav 4 (P800,000), household appliances and furniture (P350,000), pieces of jewelry (P300,000), investments (P3 million), and other personal properties (P1 million). The president listed several real properties all located in Davao City valued at P4,485,000. These include eight lots classified as residential, four houses and lots, and two lots classified as agricultural. Of the real properties, five with total amount of P3.08 million, were named before Duterte's 12-year old daughter, Veronica, his child with long time partner Cielito Avanceña. Avanceña's assets were not included in Duterte's SALN as they are not married. It was noted in the SALN that Veronica's properties were purchased through "the exclusive funds" of Avanceña. Duterte previously said his long time partner was rich because she owns several businesses in Davao. He listed seven relatives who are in government service, such as daughter Sara Duterte-Carpio, mayor of Davao City; son Paolo, vice mayor of the same city; daughter-in-law January Duterte, city councilor; brother Benjamin, his private secretary; and Sara's mother-in-law Agnes Reyes Carpio, a justice at the Court of Appeals, among others. His relatives are within his fourth civil degree of consanguinity or affinity as required by law. In his latest SALN, Duterte did not declare anymore that he was an incorporator of Honda Cars in General Santos City and of Poeng Yue Foundation, Inc. as what were stated in his June SALN. Duterte could have divested his interests in the two enterprises. Under the law, all government employees are required to file their SALN annually on or before April 30. Failure to do so could be a ground for administrative charges. The entries in the SALN must be truthful, otherwise, it could also be a ground for criminal prosecution or could be used in an impeachment case for certain officials, such as the president, vice president, Ombudsman and Supreme Court justices. It could be recalled that late Renato Corona was impeached as chief justice of the Supreme Court for untruthful SALN. (Celerina Monte/DMS)