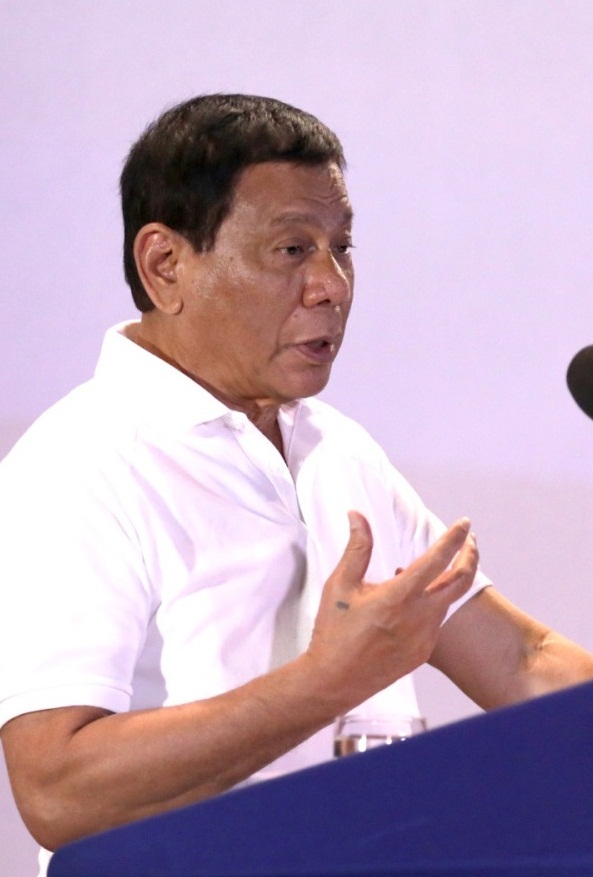 Duterte says daughter Sara could be next president

President Rodrigo Duterte has said that his daughter, Davao City Mayor Sara Duterte-Carpio, could be the next president. In a speech on Wednesday night during the launching of Cine Lokal in Pasay City, Duterte again shared to the public his daughter’s apparent tough character . "You know my daughter who mauled the sheriff...but if you can't get any other president, you can get her," he said. Sara, when she first served as mayor of Davao, punched a court sheriff in 2011 for implementing the demolition of shanties. Duterte said if Sara would become the next president, she would surely kill all the criminals. "She will not leave anyone alive," he said, jokingly adding that aside from drug pushers, the pharmacy owners could also be killed. Duterte said it was his daughter Sara who convinced him finally to run in the presidential elections. "I was supposed to retire. The problem my daughter would not run for mayor (in Davao City). If she did not run for mayor, I would not really run for the presidency. Until my last term then, I was supposed to retire. She was the one who wrote me publicly not to run because I will just be used by, you know, politicians," he said. But he said Sara changed his mind and told him to run. Sara, on the other hand, sought and won in the mayoralty race in Davao City. But after he took his oath of office on June 30 last year, Sara submitted her resignation letter as mayor of Davao City on the following day. Apparently, there has been no action on her resignation letter as Sara remains to do her job as mayor, except when she had a miscarriage with the two of her supposed triplets last year until she gave birth in March with his son wherein his brother, Paolo, who is the vice mayor, acted in her behalf. (Celerina Monte/DMS)