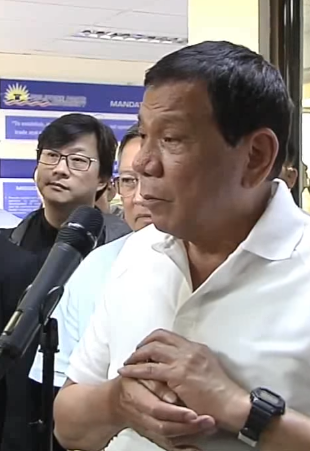 President Rodrigo Duterte said on Wednesday it would be “good” for the Philippines if United States President Donald Trump could attend a regional summit here this year. "If he (Trump) is coming, it would be good for the country, for all of us," Duterte told reporters in Bohol. The Philippines will be hosting the Association of Southeast Asian Nations Summit and Related Summits in November. The US is one of the dialogue partners of ASEAN. But Duterte said he was not really sure if Trump could participate.  "I do not know but he seems to be very busy," he said. In an earlier press briefing in Malacanang, Association of Southeast Asian Nations 2017 National Organizing Council Director General for Operations Marciano Paynor Jr. said all ASEAN leaders as well as leaders of dialogue partners, including Trump, are expected to participate in the summits in November. "Multilateral meetings of this sort, we usually expect 100 percent attendance. And many of the leaders who do not attend do so because they have internal issues and --- which prevents them from coming. But as of now, President Trump for instance, when President Duterte called him up to congratulate him, had already indicated that he was coming in November," he said. (Celerina Monte/DMS)