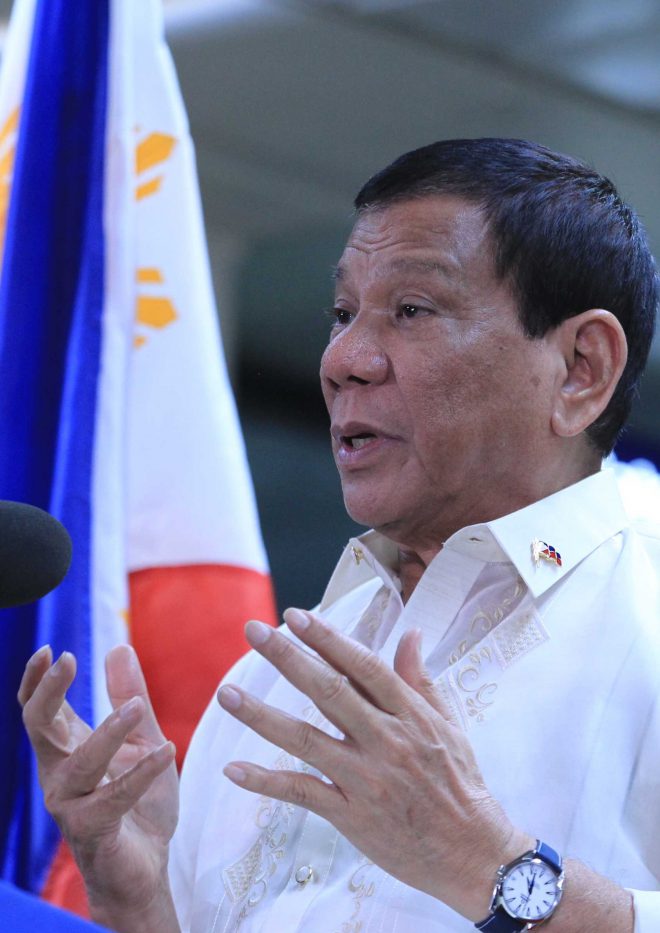 President Rodrigo Duterte arrived early Monday from his weeklong visit in the Middle East, describing it as his "most productive trip" overseas. In his arrival speech at the Ninoy Aquino International Airport, Duterte said the Middle East is a region of great importance to the Philippines because it is the home of more than one million Filipinos. "It is the home of the largest number of Filipino workers overseas. It is our partner for our conventional energy needs. It is an emerging source of broader two way-trade and investments," he said. Duterte visited Saudi Arabia, Bahrain and Qatar where he met their respective leaders and witnessed signing of several government-to-government and business-to-business agreements. He also met the Filipino communities in those countries. When he arrived at dawn Monday, Duterte also welcomed 139 undocumented and overstaying OFWs, who were repatriated after they were granted amnesty by the Saudi Arabian government. The returnees were given P10,000 each - P5,000 from the Office of the President and P5,000 from the Overseas Workers' Welfare Administration. Duterte underscored the importance of the OFWs on the Philippine economy. "Your remittances, (they keep) us afloat during the years of crisis. Your remittances, (they) buoyed the economy," he said. According to government estimates, about 10 percent of the country's gross domestic product came from remittances abroad. The Middle East is the top destination of OFWs. (Celerina Monte/DMS)