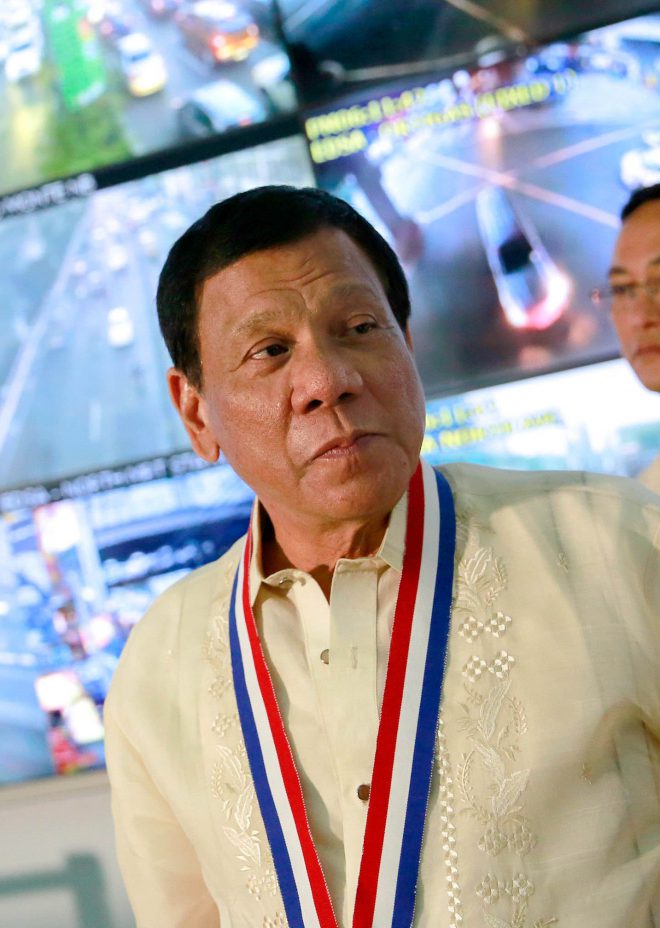 President Rodrigo Duterte defended anew House Speaker Pantaleon Alvarez for having another woman, saying it is a "non-issue." Duterte, in a speech in Makati City, cited he himself has many wives, similar to Alvarez. "I'm not saying that I am a saint. I've had my faults, plenty but money, corruption? I have no money but I have many wives. You said you need money to have many wives. My wives are all rich just like Speaker Alvarez," Duterte said. Alvarez, a lawyer, admitted having eight children to different women. He has a girlfriend whom he brought to Japan when he accompanied Duterte on his visit in October 2016. He challenged his critics to file a disbarment case against him for violating the Code of Professional Responsibility for having an affair outside of marriage. "This is a world of hypocrisy. Who hasn't have a girlfriend here?," Duterte said. "That should be a non-issue," Duterte said, citing Alvarez is not a Catholic. He said even if Alvarez would have four or five wives, "we cannot do anything about it." "He never converted to Christianity, so he is not bound by the number of women you can have...if you are an atheist, so you can have so much as you want as long as you are able to support the children," he said. "Why do you have to bother about how many wives...it's a chauvinist statement, but really there are so many women and so short a time in this world," Duterte added. Celerina Monte/DMS