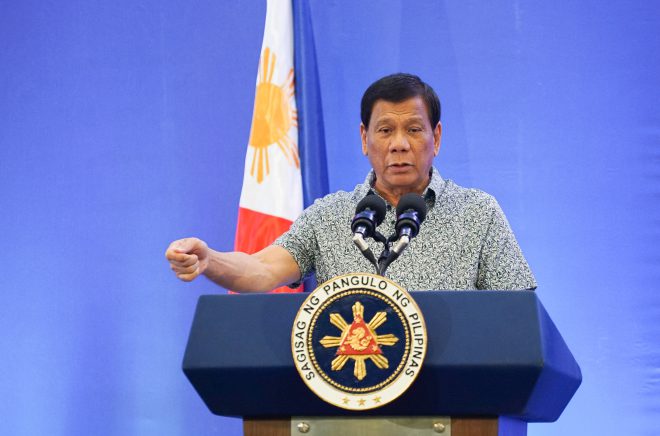 President Rodrigo Duterte said on Thursday he would dismiss Energy Regulatory Commission chairman Jose Vicente Salazar who is under preventive suspension for 90 days. In a speech in Davao City, Duterte said he suspended Salazar because of alleged corruption in the agency. "Eventually I will remove him," he said, adding that aside from Salazar, he would remove the other ERC officials. In a memorandum, Executive Secretary Salvador Medialdea designated Commissioner Alfredo Non as officer-in-charge of the ERC. "Commissioner Non is directed to ensure the uninterrupted delivery of services to the public and efficient operations of the ERC," he said. As early as last year, Duterte has asked all ERC officials, including Salazar, to quit from their posts after ERC Director Francis Villa  committed suicide for the alleged pressure he was receiving from other officials to approve anomalous contract. But the ERC officers never heeded the call as the agency is an independent body. (Celerina Monte/DMS)