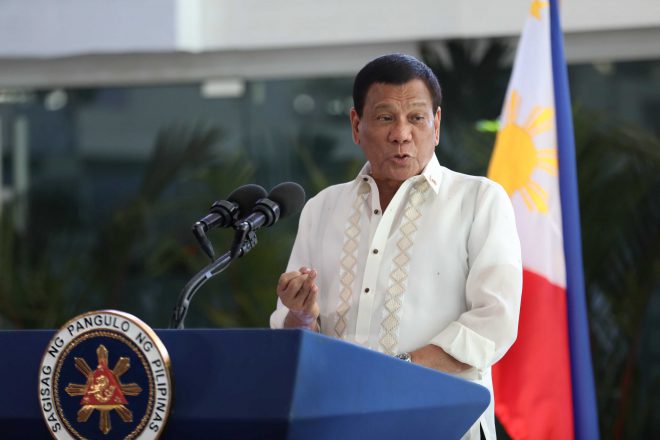 President Rodrigo Duterte said on Wednesday it would be up to the judge to decide if businesswoman Janet Lim Napoles is fit to be a state witness against those allegedly involved in the pork barrel scam. Duterte, who is a lawyer, said he could not make any comment if Napoles is the "least guilty" among those who benefited from the Priority Development Assistance Fund when pork barrel was not yet declared as unconstitutional by the Supreme Court. "As to the question of whether or not she could be utilized as a state witness, there’s a law which says that one of the requirements at least she appears to be the least guilty. If you are a major player, I don’t know if you can do it," Duterte said in a press conference before he left for his trip abroad. "It’s up to the judge. It is the judge, the prosecutor who would make the [pleading] by motion and the judge will decide," he said. "So if you are asking for an expanded explanation it’s just that she appears to be the minimal player not the major player in the commission of the crime," he said. Asked if Napoles could be the least guilty, Duterte said, "No, it is pending in court. We lawyers are always advised never to comment because --- especially I'm the President --- I will be liable for contempt." Napoles was recently acquitted by the Court of Appeals on the serious illegal detention case filed by her former staff and relative Benhur Luy. Duterte agreed with the appellate court's decision, saying Luy, during his supposed detention, had several instances that he could leave the place where he was supposedly held allegedly by Napoles. Luy was the whistleblower in the PDAF scam. Napoles has remained in detention for strings of plunder charges filed against her, along with some other former senators like Jinggoy Estrada and Ramon Revilla Jr. (Celerina Monte/DMS)