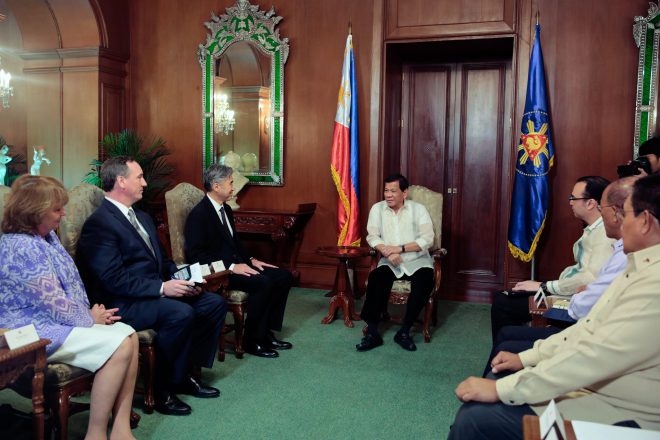 President Rodrigo Duterte met United States Ambassador to the Philippines Sung Kim on Monday in Malacanang where both discussed concerns on terror threats. No statement was issued by the Office of the President but in his tweet, Kim said he had a "great discussion" with Duterte. He said they "shared concerns re(garding) terrorist threats" and US reaffirmed its support for counter terrorism and "rehabilitation efforts in Marawi." The Philippine military has been fighting the Islamic State-inspired Maute Terror Group in Marawi since May 23. The US has been extending technical support to the Filipino forces in fighting the terrorists since June 10. Duterte earlier called on the international community to help the Philippines in rebuilding the war-torn city. But he has said there should be no interference on the internal affairs of the Philippines and there should be no conditions set for extending the assistance. (Celerina Monte/DMS)