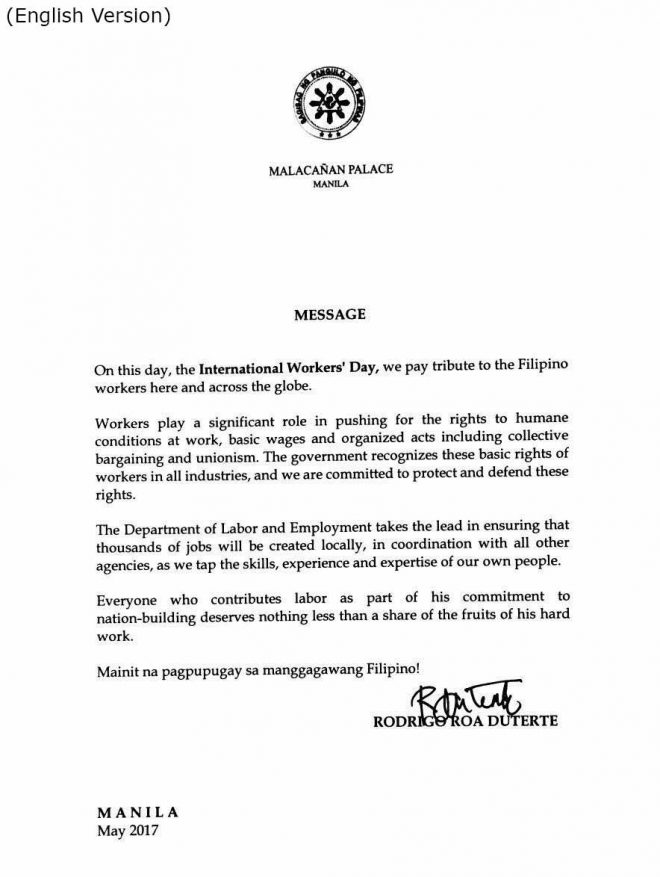 President Rodrigo Duterte vowed to protect and defend the rights of the workers as he paid tribute to them, including those Filipinos working abroad, on Labor Day. In his International Workers' Day message, Duterte ordered the Department of Labor and Employment to ensure thousands of jobs will be created locally, in coordination with all other agencies, "as we tap the skills, experience and expertise of our own people." "Workers play a significant role in pushing for the rights to humane conditions at work, basic wages and organized acts including collective bargaining and unionism," he said. "The government recognizes these basic rights of workers in all industries, and we are committed to protect and defend these rights," Duterte added. According to him, anyone who contributes labor as part of his commitment to nation-building deserves nothing less than a share of the fruits of his hard work. Duterte is set to deliver a speech on Labor Day in Davao City Monday afternoon. (Celerina Monte/DMS)