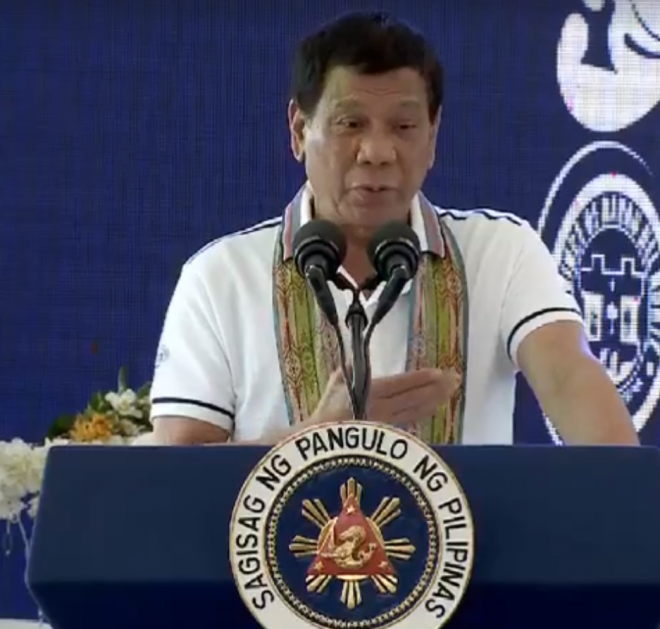 President Rodrigo Duterte warned the owner of Philippine Daily Inquirer to return to the government its property or he will ask landless Filipinos to occupy its property in Makati City. "One of this days i will come up with an expose... but I will not allow you to do that to the Filipino people, you return the property to the Republic of the Philippines if you do not want to return that I will ask everybody every landless Filipino to go to the Mile Long, occupy the place because it belongs to you," Duterte said during his speech at the 50th founding anniversary celebration of the Davao del Norte in Tagum City Saturday. Duterte made his warning after he criticized the owner of the newspaper company from allegedly having an eight billion pesos taxes to the government. "When you (PDI) publish, you’re showing to the people that we are like thieves, holdupper… (the) Inquirer it has a debt of eight billion taxes they occupied the Mile Long," he said. Robina Asido/DMS