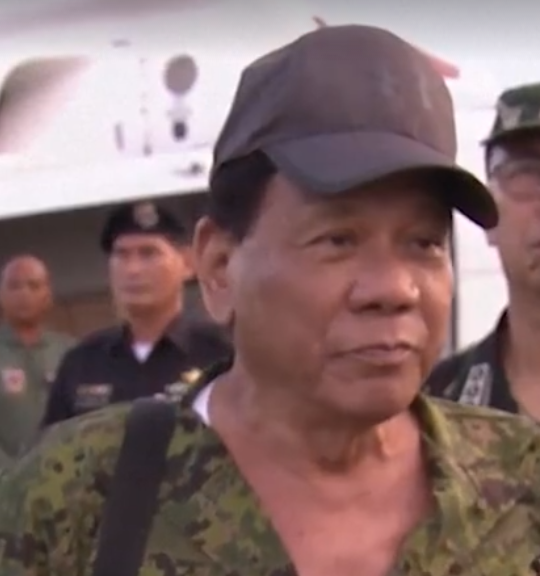 Duterte will lift martial law in Mindanao if army, police say it is safe

President Rodrigo Duterte will lift martial law in Mindanao only if the military and police recommends him to do so. "The Armed Forces and police, I consulted them and (they) said it was critical. The Armed Forces and police will tell me if it is no longer critical. I do not have an independent study of what outings are in the ground" he said Friday in Iligan City. "It's not my job. I cannot do it physically even, so I have just to rely on words of the Armed Forces and the police because they are the ones keeping this republic healthy and alive. If they say that it is not delicate and everything is okay then it is the time when we will lift martial  law," he added. Martial law was declared in Mindanao last May 23. Under the 1987 constitution, a president can declare martial law for 60 days. The effectivity of Duterte's martial law proclamation is scheduled to end on July 22 or two days before Duterte will deliver his 2nd State of Nation Address. Martial law was declared by Duterte on the same day when the Maute terrorist group so attacked and occupied the city of Marawi. Robina Asido/DMS