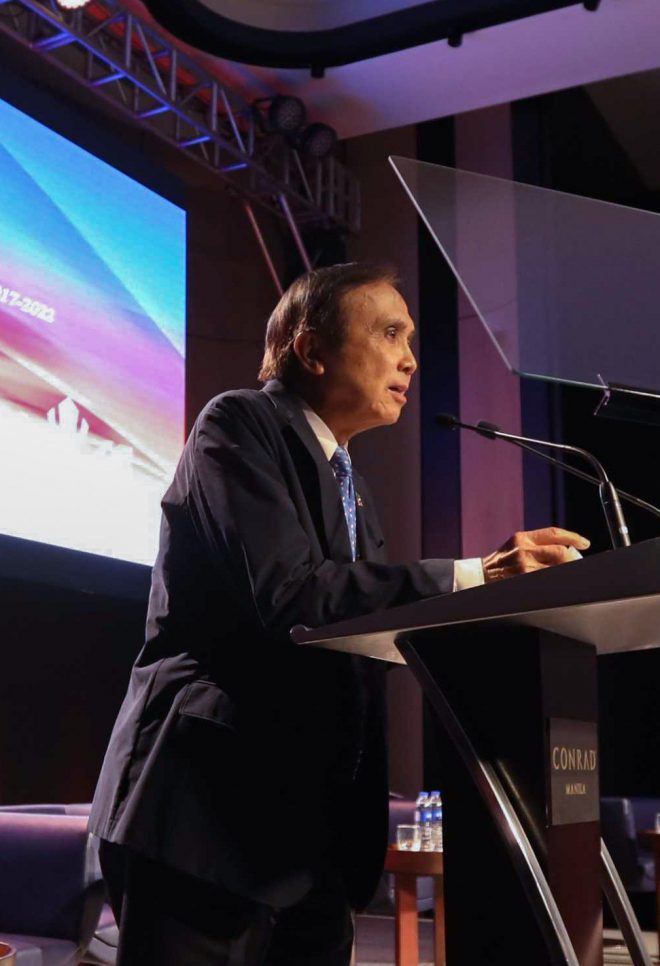 The Duterte administration will push for the implementation of P3.6 trillion infrastructure projects in the next three years, the government’s top economist said on Tuesday. During the "Dutertenomics" forum in Pasay City, Socioeconomic Planning Secretary Ernesto Pernia called the plan as "Three-Year Rolling Infrastructure Program or TRIP." Funds for the projects will be part of the 2018, 2019, and 2020 budgets. "TRIP for FY 2018-2020 will have an indicative total investment requirement of P3,608.04 billion," Pernia said in his presentation. The infrastructure projects will focus on transportation, water resources, social infrastructure, energy, information and communication technology, and administrative building. Finance Secretary Carlos Dominguez III said the Duterte administration would not focus much on the public private partnership (PPP) scheme in order to fast-track the implementation of the infrastructure projects. Citing the experience of the Aquino administration in implementing the PPP projects, he said it took 30 months before a project could start. He said the administration wants to immediately start the projects and once completed,  operation and maintenance would be bidded out to the private sector. The government infrastructure projects will be financed through taxes, official development assistance and commercial loans, he said. Dominguez said this is why the administration is pushing for the passage of the comprehensive tax reform package, which is pending in Congress. The government is targeting the budget for infrastructure this year to about 5.4 percent of the country's gross domestic product and a deficit of 3 percent of GDP until 2022 or the end of the Duterte administration. In the same forum, Transportation Secretary Arthur Tugade said his office would start transferring to Clark, Pampanga by July this year as part of the government's plan to decongest Metro Manila. The administration is eyeing to transfer the other government agencies in the ongoing project, the New Clark City in Pampanga. Celerina Monte/DMS