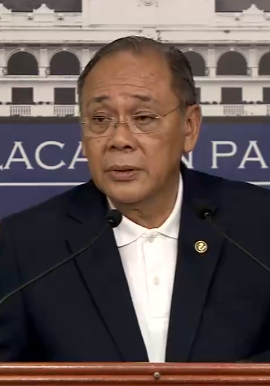 The Duterte administration is using all its assets to ensure that the terrorist Abu Sayyaf Group could not attack Palawan following a travel advisory issued by the United States to its citizens. In a statement on Thursday, Presidential Spokesperson Ernesto Abella said the government is on top of the situation. "Public safety is everyone's concern. We assure everyone that the government is on top of the situation and authorities, particularly those in the Western Command (WESCOM) which covers the province of Palawan, are on heightened alert to prevent any untoward incidents," he said. He said WESCOM, along with the Philippine Coast Guard (PCG) and the Philippine National Police (PNP), as well as the Provincial Government of Palawan and the City Government of Puerto Princesa, are coordinating closely in enforcing law and order. "All units and assets are being utilized to ensure maximum security to deny any terrorist group’s entry and access in the high seas and coastal areas," he said. In May 27 2001, the Abu Sayyaf abducted 20 tourists from the Dos Palmas Resort in Honda Bay, Palawan.  The remaining captives were rescued in a military operation on June 2002. Abella urged everyone’s cooperation, including residents and tourists, to be mindful and immediately report to law enforcement units any questionable individual or activity in the areas. The US Embassy has issued a travel warning to its citizens to avoid going to Palawan because of information that terrorists might launch kidnappings in the tourist destinations in the province. In April, state security forces foiled an attack by the Abu Sayyaf in Bohol as US also issued the same travel advisory. (Celerina Monte/DMS)