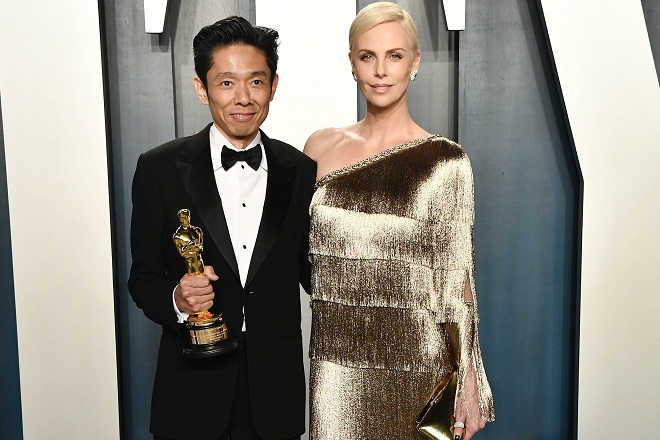 Hiro, 50, formerly known as Kazuhiro Tsuji, was awarded the prize for his work in "Bombshell." Hiro, who was born in Kyoto, received his first Oscar in 2018.

At the award ceremony, Japanese actress Takako Matsu, who played Elsa in the Japan dubbed version of Disney film "Frozen 2," sang the film's theme song, "Into the Unknown," along with others who voiced the character in their respective countries. Jiji Press