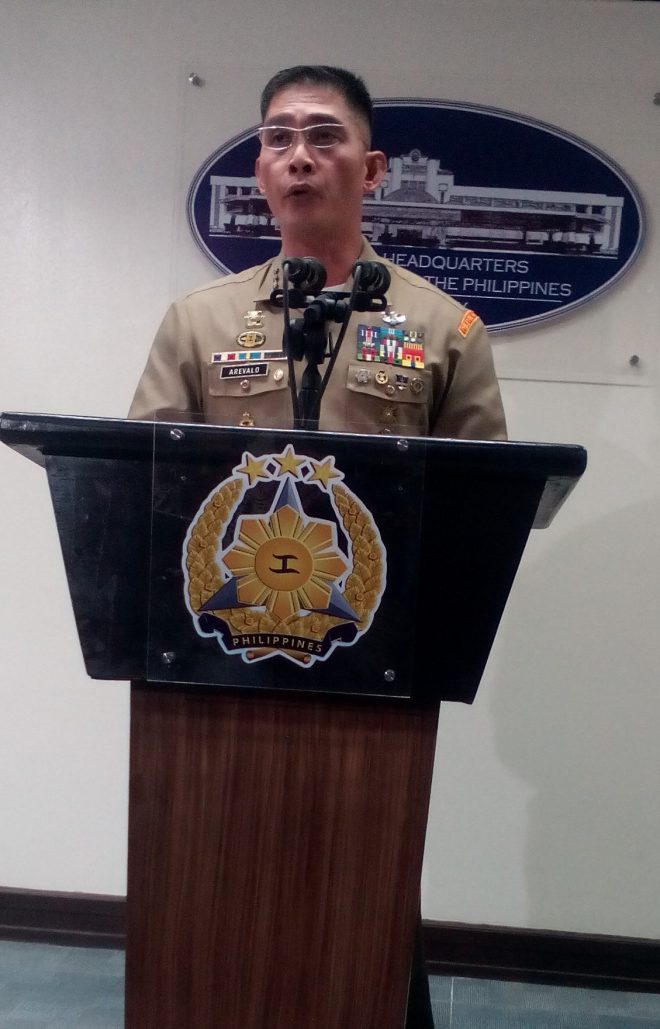 The Armed Forces of the Philippines (AFP) condemns the brutal killing of a Filipino  who was abducted by the Abu Sayyaf late last year. “The AFP expresses its extreme indignation for the beheading of a kidnap-for-ransom victim Mr. Noel Besconde by terrorist Abu Sayyaf Group sub leader Sadjawaan on 13 April 2017 in the vicinity Bgy. Tugas in Patikul,  Sulu,” Col. Edgard Arevalo, public affairs chief, said. Arevalo said “BGen Cirilito Sobejana, commander of Joint Task Force Sulu, believes that Mr. Besconde was murdered by his ASG captors because he was reportedly ill and impedes their movement to evade the operating units that are hunting them.” He said Besconde was one of four members of the crew of FB Ramona who were abducted somewhere in Celebes Sea last December 2016. AFP Chief of Staff Gen. Eduardo Año noted “while the AFP condemns this gruesome murder of this hapless kidnap victim, it all the more drives our Soldiers, Airmen, Sailors, and Marines to deliver the lethal blow against this band of terrorists and rescue the remaining kidnap victims." "This terrorist group are all the more, by their recent barbarism, fueling the desire of the AFP to crush their beastly practice, stop their kidnap-for-ransom activities, and restore peace in Western Mindanao,” he said "We will never falter. We will not rest even a bit in our conduct of combat, intelligence, and civil-military operations to protect our people. We will exhaust all means-legal and moral-- to bring this war against terrorists to conclusion,” he added. Año said he directed Sobejana to locate the victim’s remains. “I desire that his body be brought to his mournful family and be accorded a decent burial,” he said. "We continue to call on every God-fearing resident of Sulu, Basilan, and other parts of Western Mindanao to help your AFP and other security forces to put a stop to this criminal and evil act of the ASG. They have no place in our civilized society," he added. (Robina Asido/DMS)