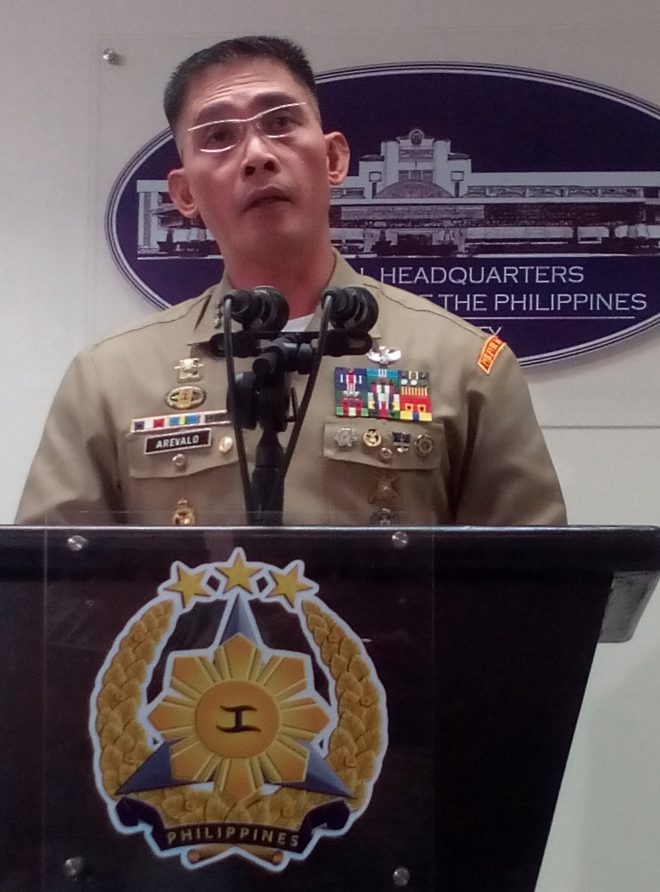 The Armed Forces of the Philippines (AFP) deny failure of military intelligence amid reports that two of those who killed in the encounter in Bohol were not members of Abu Sayyaf Group (ASG). “We deny there is failure of intelligence because we cannot get all the information all the time especially if there is an on-going combat operations,” Col. Edgard Arevalo, AFP Public Affairs Chief told reporters in Camp Aguinaldo Monday. “Insofar as the Armed Forces of the Philippines (AFP) is concerned the impression was that the civilians have already evacuated as they had indeed evacuated from the place of the engagement and the armed confrontation until this news came out,” Arevalo added. Arevalo admitted the AFP was not aware there were civilians at the encounter site. “Actually we in the AFP was surprised when we knew about the two people who were reportedly not part of the ASG that were killed during the combat operations of AFP and PNP,” he said. “We in the AFP believes that there were no civilians left in the area when the operation was conducted because they have already evacuated. It is clear to us as it is always the case in our conduct of focused military operations that we issued, that is will be surgical and will make sure it only focused on a specific area and target personality. If this indeed happened it is the subject of the on-going investigation,” he added. Capt. Jojo Mascareñas, Army’s 302nd Brigade, Civil Military Operations Officer, confirmed the two civilians killed during the encounter in Inabanga, Bohol were relatives of Joselito Melloria alyas Abu Ali an ASG member. He identified the two casualties as Constancio Petalco and his wife Crisenta Petalco. “The Petalco couple are residents of said place and the owner of the house where the ASG positioned during the time of encounter,” said Mascareñas. “Accordingly, Cresinta was a relative (aunt) of Joselito Melloria alyas Abu Ali who is believed to be the one who guided the other ASG members to the said place,” he said. “Investigation is currently ongoing to determine the involvement of the couple with the terrorist group and their participation during the encounter,” he added. (Robina Asido/DMS)