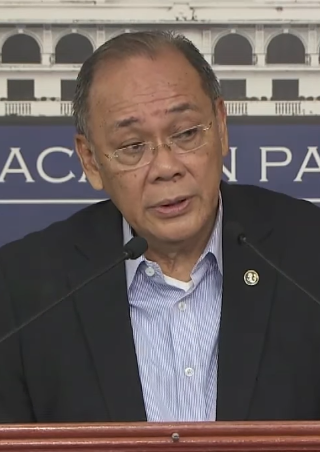 President Rodrigo Duterte was merely trying to "dramatize" the need to heighten the security in Bohol when he expressed his intention to "arm" the civilians there amid the Abu Sayyaf threat. "I think the statement was about Bohol, but in a sense it was a dramatization of making sure that security is raised up in the area," Presidential Spokesperson Ernesto Abella said in a press briefing Thursday. Arming civilians is not a policy direction because "there's no paper to support that," he said. He added that when the president, during his visit to Bohol on Wednesday, mentioned about his intention of arming the people in the province, "it doesn’t mean to say that every house and you know will be having that." "I'm sure it simply-- I’m assuming that part of the civil defense, in civil defense will be, the ante would be pushed up," Abella explained. In an interview with reporters in Bohol on Wednesday, Duterte said he was offering P1-million reward for the arrest, whether dead or alive, of each Abu Sayyaf member who evaded the pursuing security forces in the province. He added,  "I intend to also arm the civilians," adding that if they kill a bandit, they just have to report to the police. “You just go to the police and make the report and state (the) truth. There’s no problem. I will take care of you and pardon you,” Duterte said. Government forces were pursuing other Abu Sayyaf members who were among those who landed in the island province of Bohol early this month allegedly to kidnap tourists. But government forces foiled the attack, resulting to the death of four state troopers and six bandits, including a sub-leader of the Abu Sayyaf. (Celerina Monte/DMS)