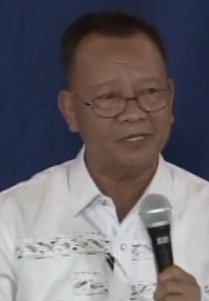 The Philippine Drug Enforcement Agency has confiscated P82.5-billion worth of illegal drugs during the first year of the administration of President Rodrigo Duterte. In the "Mindanao Hour" briefing in Davao City on Friday, PDEA Director General Isidro Lapena said seized illegal drugs by the administration was 283 percent higher than the P4.8 billion a year ago. Of the total amount, P12.62 billion was the value of shabu seized or 2,446 kilograms compared to P0.94 billion or 820 kilograms in the previous year. When Duterte assumed office on June 30 last year, he declared an all-out war against illegal drugs. His bloody campaign drew strong criticisms locally and internationally due to thousands of drug suspects killed. Lapena said there were 3,171 drug personalities who were killed during legitimate drug operations. He said they died because they were armed and fought the law enforcers. He could not say how many died because he said their cases were considered as homicide and being investigated by the Philippine National Police. Lapena said 57 law enforcers were killed in action and 150 were wounded. He also noted that when he assumed the PDEA post, out of 42,036 villages, there were 20,126 drug-affected villages nationwide, with the National Capital Region having the "highest affectation" as it reached 97 percent. "And for now, up to this date, we have 3,677 cleared barangays for the period, for the first year of the Duterte administration," he said. "But of course, these are the figures. But what we wanted to be able to  to accomplish is this figure will be translated into something that our people will feel, especially on the grassroots. In the grassroots, we have shifted our strategy to the barangay drug- clearing program because this is where the drug problem thrives," he added. Lapena said village officials would be held responsible for what has been happening in their respective area. "We have been telling them that there is no middle ground here. They have to help, it's either they are with us or they are against us," he said. He reminded the village officials of their oath of office that they would perform their duties. "If you won't perform (your duties), then you can be liable for neglect or dereliction of duty," he said, citing the case PDEA filed against village officials in Cebu. (Celerina Monte/DMS)