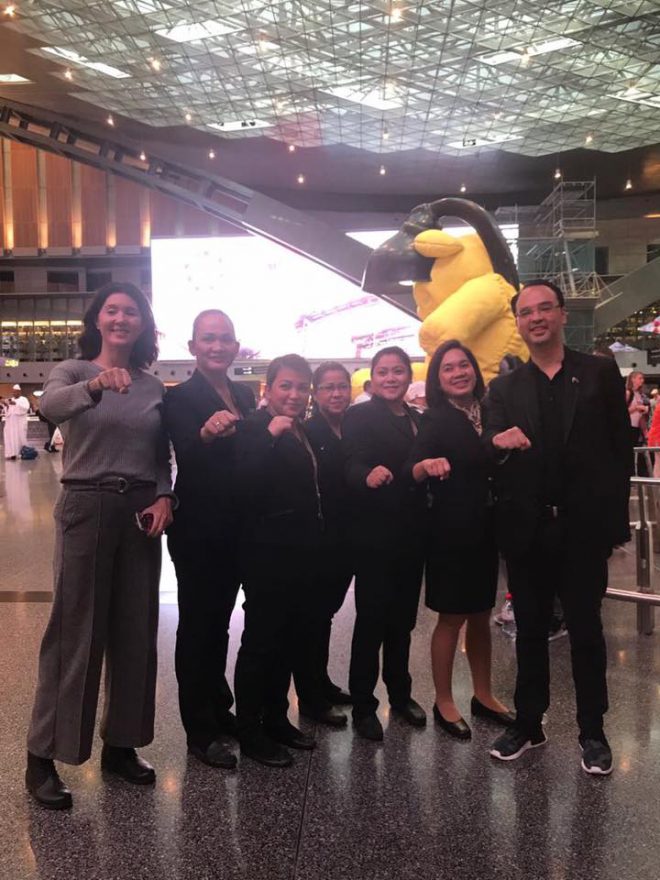 Duterte's legal counsel says Philippine delegation to UN to demolish critics' black propaganda vs extrajudicial killings President Rodrigo Duterte's legal counsel expressed optimism on Monday that the Philippine delegation to the United Nations Human Rights Council in Geneva, Switzerland could demolish the black propaganda of the Chief Executive's critics on his war on drugs. In an interview with reporters, Secretary Salvador Panelo said he believes that the UNHRC would receive with "open arms and mindedness" the evidence to be presented by the Philippine delegation regarding the government's campaign against illicit drugs. "I think the delegation has sufficient facts and figures to destroy whatever black propaganda that the critics have hurled against the president," he said. The Duterte administration has been criticized for his bloody war against illegal drugs. According to a Filipino lawyer, Jude Sabio, who filed a complaint against Duterte before the International Criminal Court, 8,000 individuals have already been killed in the administration's war on drugs. Panelo did not cite facts and figures that the Philippine delegation would be presenting to the UNHRC. But in a forum last Friday in Quezon City, the Dangerous Drugs Board cited since July last year, only 2,692 died in the government's drug operations. But the board said there were still 5,691 deaths, which were categorized as "homicide cases" and were still under investigation. Panelo said the reports coming from newspapers regarding the casualties on Duterte's drug ere not accurate. "After all, the newspapers are also being provided with the wrong info. So newspapers would have to report with what information they receive," he explained. Panelo expressed hope that once the explanations were made before the UNHRC, which is also being attended by other members of the UN Organization, the public would change their perceptions on Duterte's drug war. "Hopefully, it should. It must. Because the evidence speak for itself. Res ipsa loquitur," he said. In a separate statement, Presidential Spokesperson Ernesto Abella said the Philippine delegation to UNHRC would highlight the Duterte administration's "significant achievements in upholding and protecting human rights." The members of the Philippine delegation to the UNHRC during the third cycle of its  Universal Periodic Review include Senator Alan Peter Cayetano, Deputy Executive Secretary Menardo Guevarra, Presidential Human Rights Committee Undersecretary Severo Catura, Ambassador Evan Garcia of the Philippine Permanent Representative to the United Nations and Other International Organizations. The actual review for the Philippines includes interactive discussion between the Philippines under review and other UN Member States.  This takes place during a meeting of the UPR Working Group. "During this discussion, UN Member States can make comments and/or give recommendations.  Only UN Member States who have been able to express intent before the deadline can ask questions," Abella said. (Celerina Monte/DMS)