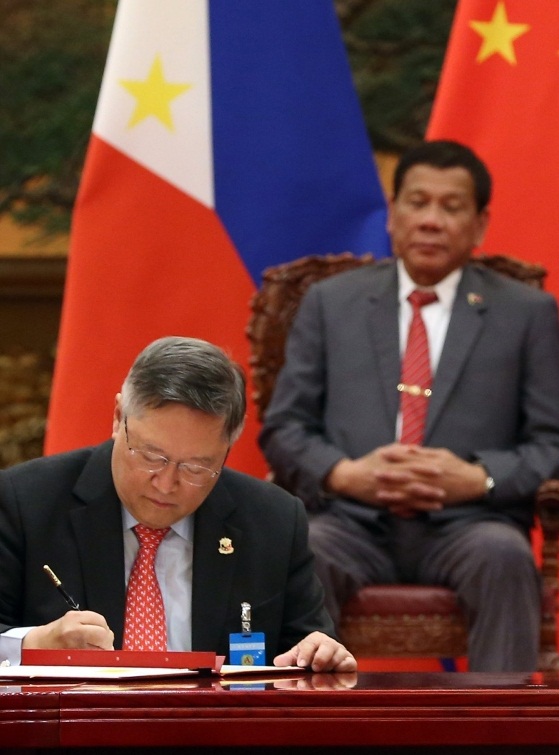 Philippine won’t enter into debt trap with other countries, like China: DTI chief

The Duterte administration would not enter into a debt trap amid the offer of China and other international financing institutions to the government to finance its huge infrastructure projects, an official said on Sunday. Trade Secretary Ramon Lopez told reporters in China where he accompanied President Rodrigo Duterte in the One Road One Belt Forum that under the government's program, 80 percent of its loans would be sourced domestically while 20 percent will come from foreign borrowings. "Even as we speak the Build, Build, Build and financing that growth and the infrastructure program, we are not really not talking of heavy loans. It will be budgeted, as explained by (Budget) Secretary (Benjamin) Diokno. And in fact, in terms of loans, we are projecting 80 percent local, domestic loans and only 20 percent foreign loans," he said. He said Philippine discussions with other governments, like that of China, were premised on the plan. "So we won't get trapped," Lopez said, adding some of the Chinese offers were in the form of grants. In an opinion piece by Anders Corr at Forbes Magazine, he said the Philippines could be placed into "virtual debt bondage" if it would enter into "expensive loans" from China to finance its $167 billion infrastructure projects in the six-year Duterte administration. (Celerina Monte/DMS)