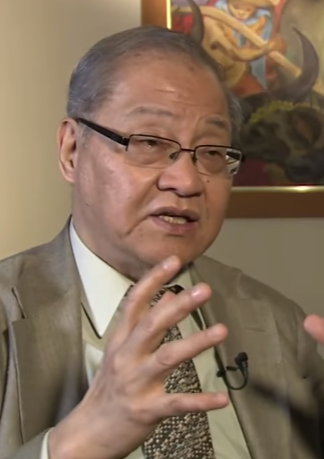 Philippines attending the Belt and Road Forum at pivotal moment

BEIJING –  When President Rodrigo Duterte attends the two-day Belt and Road Forum for International Cooperation, the Philippines will mark “the transition and emergence of a new world order,” said  Philippine Ambassador to China  Chito Sta. Romana. "It marks the transition and the emergence of a new world order in which there will be more multiple power centers.  We are emerging and we are transitions  from a unipolar world that is culminated by the UN...,"  Sta. Romana said in an interview with Philippine reporters. "It’s a one in which Asia, particularly China, is emerging at the center of gravity particularly, in the field of economics and trade," Sta. Romana said. The Belt and Road Forum is “an international forum where you will see President Duterte, President Xi Jinping and Putin, and the new world order, emergence of the new world order that is represented by the Belt and Road Initiative," said Sta. Romana.. Sta. Romana said the foundation of the Philippine foreign policy will be with neighbors at the Association of Southeast Asian Nations (ASEAN) "because ASEAN centrality is the key basis of our foreign policy." Duterte, as chairman of the Association of Southeast Asian Nations (ASEAN), told state-owned China Central Television (CCTV)  he wants to exchange views with Beijing on trade, commerce, economics and other issues. "The Philippines is now the chair of the ASEAN and whether I like it or not, I would bring some messages from the ASEAN community,” he said. “Second, is I also represent my country there upon the invitation of President Xi Jinping. Then I would work on a more robust bilateral connection with China, make it, fortify it with understanding the intricacies of our government including how the One Belt One Road would operate,” he added. Duterte said he is happy that Manila and Beijing are turning a "new page of history" as well as the rest of ASEAN. "China has built a relationship between the ASEAN and with the Philippines a new chapter, a new page of our history. China has, and [if] they were to help, and it could only do so [if] we come up with a common economic program for everybody,” he said. "[It's important that] I listen particularly, listen and learn more on how I can go about bringing in the ASEAN community, with it I hope that the state leaders would also be there," Duterte said. In an interview with members of the Chinese media ahead of his visit in Beijing, Duterte said he also expects to strengthen his understanding about China's Belt and Road Initiative and how to make it relevant to the Philippines. "I understand the Belt and Road Initiative is primarily an economic undertaking that will build these connections among the countries, and result in mutual benefit that includes increased trade and market access," he said. DMS